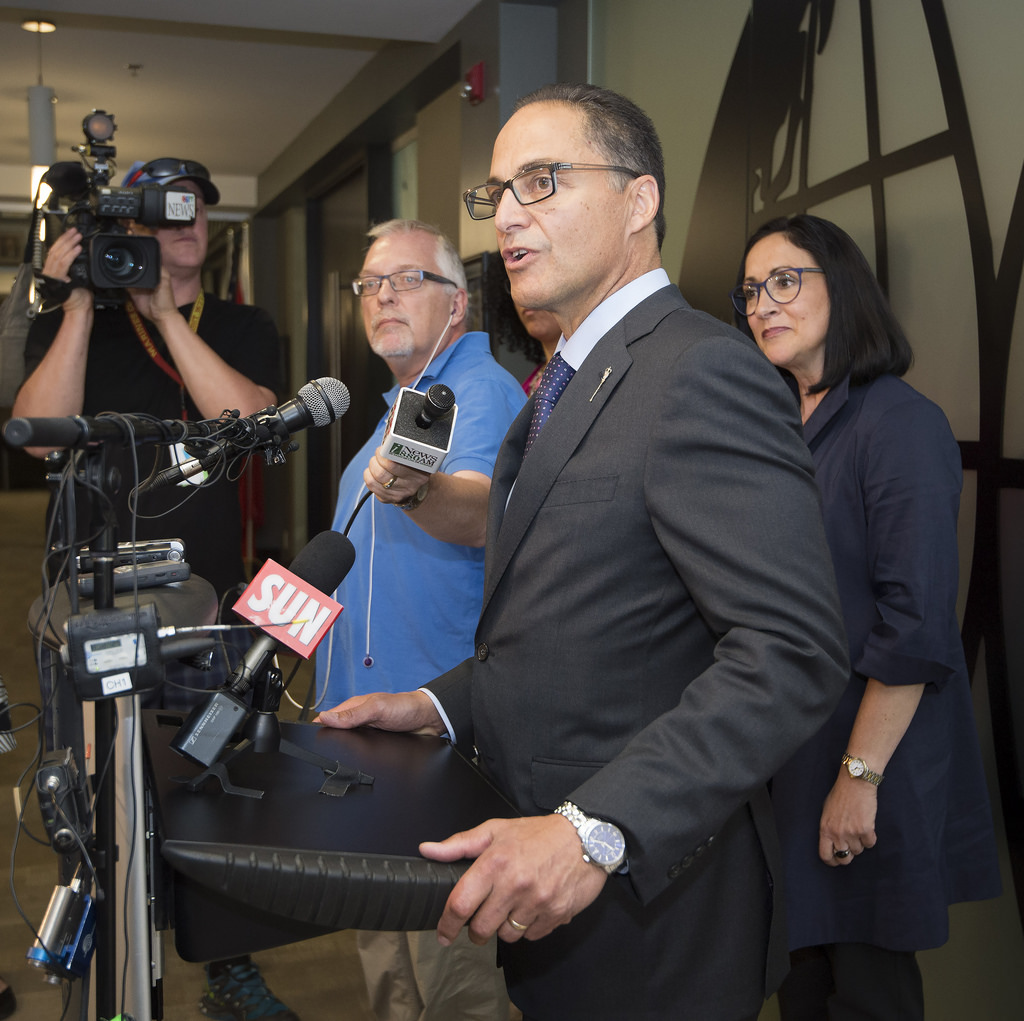 The Alberta government has tabled a budget that aims to pull the province’s fossil fuel-ravaged economy out of a record C$6.1-billion deficit.

The budget is based on oil prices of US$50 per barrel in 2015-16, US$61 per barrel in 2016-17, and US$68 per barrel in 2017-18. But “the futures market thinks differently,” CBC reports. “The so-called forward strip, the U.S. futures contracts on which traders and energy companies alike depend when making investment decisions, assumes the U.S. crude benchmark will be US$55.43 in December 2018, US$13 lower than the province assumes.”

That matters, said University of Calgary economist Trevor Tombe, because “each dollar that they’re off by, in terms of the per-barrel price of oil, affects the budget by $170 million.”

In this year’s budget, “Finance Minister Joe Ceci says billions in capital investment will stimulate the economy and could create as many as 37,000 jobs,” write CBC reporters Trisha Estabrooks and Michelle Bellefontaine. “The NDP will also reverse cuts to essential services proposed by the previous government.” The province is raising cigarette and alcohol taxes, investing more to help low-income families, drawing its contingency fund down to zero in the 2016-17 fiscal year, and planning to borrow C$712 million that year, then C$3.3 billion the following year.

“The spending priorities are in keeping with the NDP’s campaign promises and mark a decidedly different direction for the province in the wake of a four-decade Tory dynasty,” CBC notes. “The budget relied on advice of former Bank of Canada governor David Dodge, who was hired to make recommendations on infrastructure spending.”