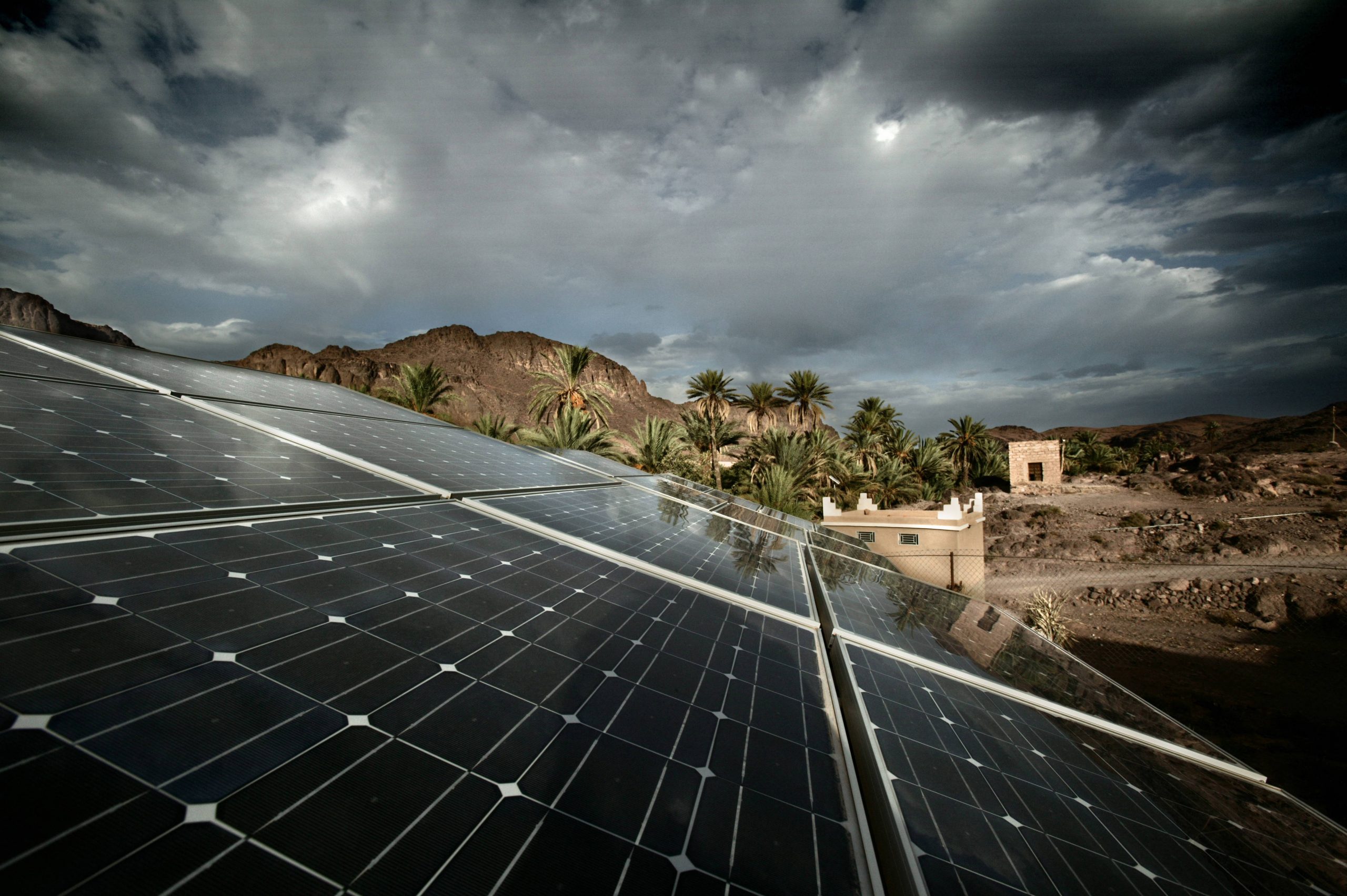 Morocco expects to generate nearly half of its electricity from solar, hydro, and wind by 2020, with some power left over for export to Europe, beginning with a single energy complex in the trading city of Ouarzazate, nicknamed the “door of the desert”.

When it is complete, the project will be the world’s largest concentrating solar power (CSP) facility, The Guardian reports.

The four solar plants in the energy complex “will occupy a space as big as Morocco’s capital city, Rabat, and generate 580 MW of electricity, enough to power a million homes,” Neslen writes. “The project is a key plank in Morocco’s ambitions to use its untapped deserts to become a global solar superpower.” The first phase of the project, Noor 1, will generate 160 MW when it goes live next month.

“We are not an oil producer. We import 94% of our energy as fossil fuels from abroad and that has big consequences for our state budget,” Environment Minister Hakima el-Haite told The Guardian. “We also used to subsidize fossil fuels which have a heavy cost. So when we heard about the potential of solar energy, we thought, why not?”

Morocco’s longer-term plan is to sell electricity as far as the Middle East and beyond. “We believe that it’s possible to export energy to Europe, but first we would have to build the interconnectors, which don’t yet exist,” said Maha el-Kadiri, a spokesperson for the Moroccan solar energy agency (Masen). “Specifically, we would have to build interconnections, which would not go through the existing one in Spain, and then start exporting.”

In 2013, Morocco saw the collapse of Desertec, a plan for North African desert solar to supply 15% of Europe’s energy by 2050.