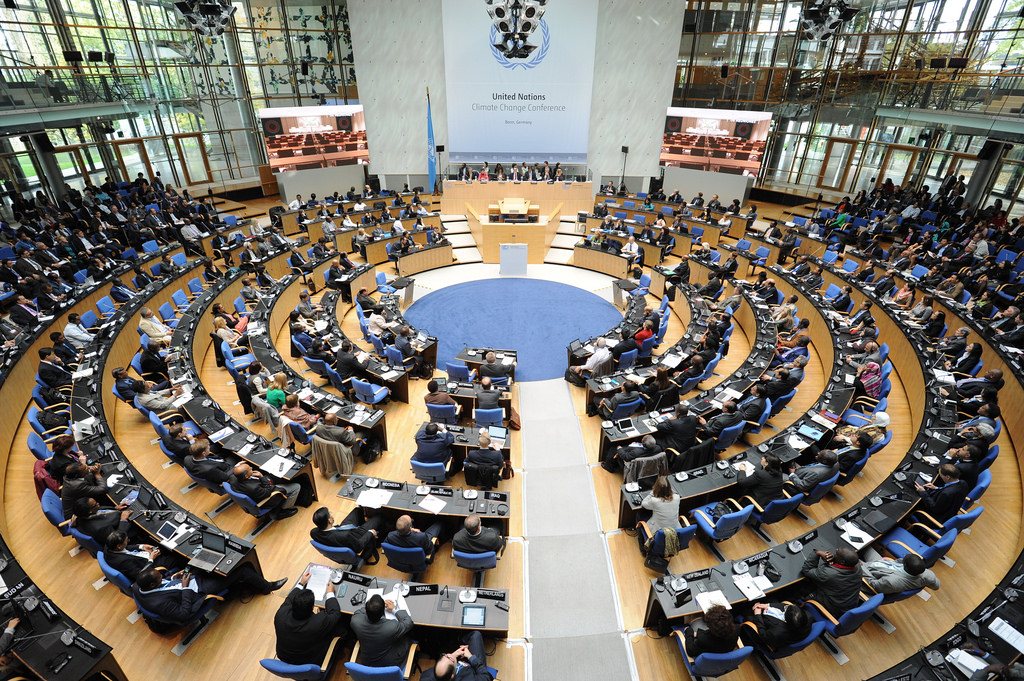 An all-important word—“decarbonization”—was returned to the negotiating text for the Paris climate agreement as a week of pre-summit negotiations wound up last Friday in Bonn, Germany.

The negotiating session was the last before the UN climate summit convenes November 30.

“The word is very important to send the direction-of-travel message to the markets,” said Climate Analytics CEO Bill Hare. The language “sends a signal to the financial markets, banks, and institutions that, if they have fossil fuel-intensive investments, there is a very big financial risk of them having stranded assets.”

“If Paris lands with the decarbonization of the global economy, it would be a clear signal both to the coal-dependent countries and industries but also to the oil-producing countries,” agreed Martin Kaiser, head of climate policy at Greenpeace.

The Daily Tck reports that negotiators and civil society participants left Bonn with “a text that is considerably stronger and more fair than what we started with a week ago. Negotiators spent the session adding ambition, clarity, and specificity that many felt was lacking. And as a result, governments have a draft text they can take ownership of—crucial for keeping negotiations on track to an agreement.”

Bloomberg notes that Bonn negotiators ended up with a 33-page negotiating draft to kick off discussions in Paris—more than the nine pages they started with, but far fewer than the 200 they had to cope with at the Copenhagen summit in 2009, the last time there were hopes for a global climate agreement. However, “with more than 1,000 pairs of brackets in the new text and a separate draft ‘decision’ paper, it’s clear there are areas of contention still need to be settled.”

The Tck reports that negotiators made good progress on the key issues of climate change mitigation, adaptation, and transparency, not so much on compensation for loss and damage.

“The most significant remaining divisions seem focused on climate finance,” writes correspondent Joshua Wiese. “Developing country governments have called for wording that clearly establishes the responsibility of developed countries to achieve the goal of $100 billion in climate finance by 2020, and a plan to continually scale up after 2020. Developed countries, on the other hand, have proposed finance language scant on details, with less exclusive focus on their responsibilities.”

Michael Zammit Cutajar, who set up the UN climate secretariat in 1991 and led it until 2002, recommended avoiding “provocative” language that, on a topic like decarbonization, could alienate countries “whose main occupation is producing and selling carbon.” Gurdial Singh Nijar of Malaysia, representing a bloc of oil producers like Saudi Arabia, Venezuela, and Iraq, told Bloomberg “we do not support the options on quantifying emissions and decarbonization.” Instead, “our approach is that we have an aspirational, long-term goal of a low-emissions pathway.”