Progress Toward Paris Agreement Bogs Down in Bonn 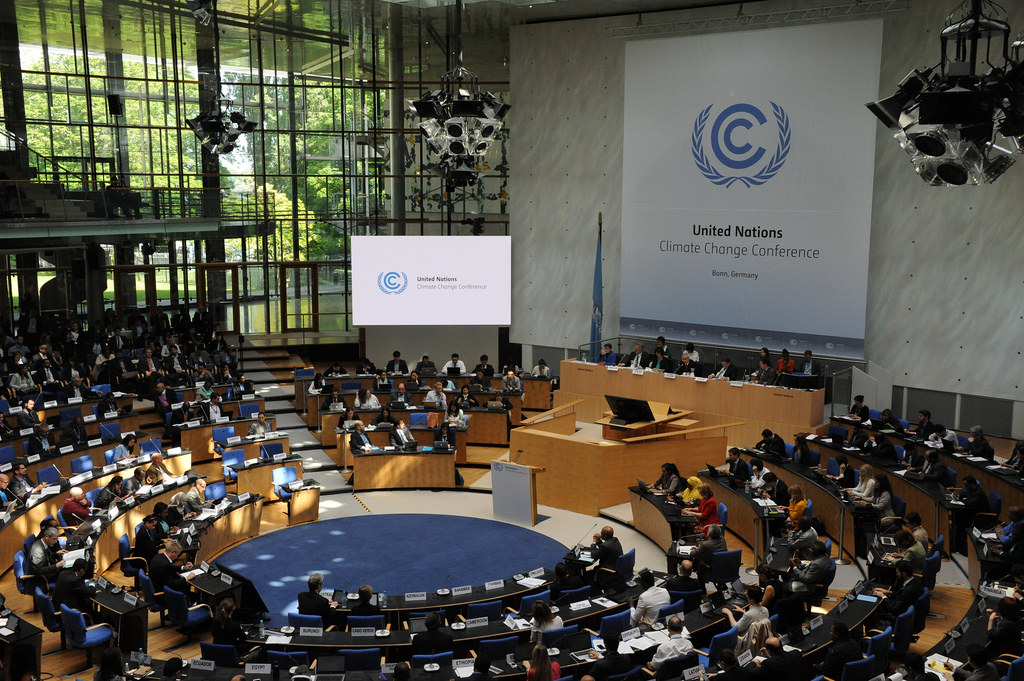 The issue will be crucial to a final agreement at the UN climate summit beginning November 30.

“It’s a matter of life or death,” said G77 & China Chair Amb. Joyce Mxakato-Diseko of South Africa, “and we are dead serious. As a matter of urgency, we need finance both now and far into the future. Paris will succeed on whether this is part of the core agreement in Paris.”

On Tuesday, The Tck reported negotiations were moving in the right direction. Participants had previously arrived at the Bonn meeting to find that key elements of the previous draft—including segments on climate finance, adaptation, and loss and damage—had been removed from the negotiating text in an effort to pare it down from 76 to 20 pages. But the second day of negotiations saw “a new text that captured governments’ proposed ‘surgical insertions’ accepted as the basis of negotiations,” Wiese wrote. At that point, civil society groups were calling for greater emphasis on the transition to a 100% renewable energy economy, climate change adaptation, and “predictable and adequate finance, especially for adaptation.”

By Wednesday, The Tck was reporting that progress toward an improved negotiating text for the Paris climate change agreement had bogged down, with discussion polarizing around provisions to scale up climate finance for developing countries and much of the process taking place behind closed doors, outside the view of civil society participants.

Japan, increasingly isolated as an international climate laggard, led the push to shut down civil society participation, Wiese reported. “Youth groups from around the world used the civil society shut-out to raise the profile of their key asks for a new global climate agreement,” including climate change education, intergenerational equity, health, climate finance, a focus on climate-related loss and damage, and long-term decarbonization goals.

On Wednesday, as well, a senior White House official briefed reporters on the Obama administration’s efforts build a “durable, credible, and universal” climate agreement in Paris. “The administration is working harder to steer countries toward successive targets beyond the ones they have made, aimed at reducing a percentage of their greenhouse gas emissions post-2020,” The Huffington Post reports. “The official said America’s ability to ensure global warming is minimized will ‘hinge on’ the administration’s ability to pressure global leaders to commit to ambitious future targets.”