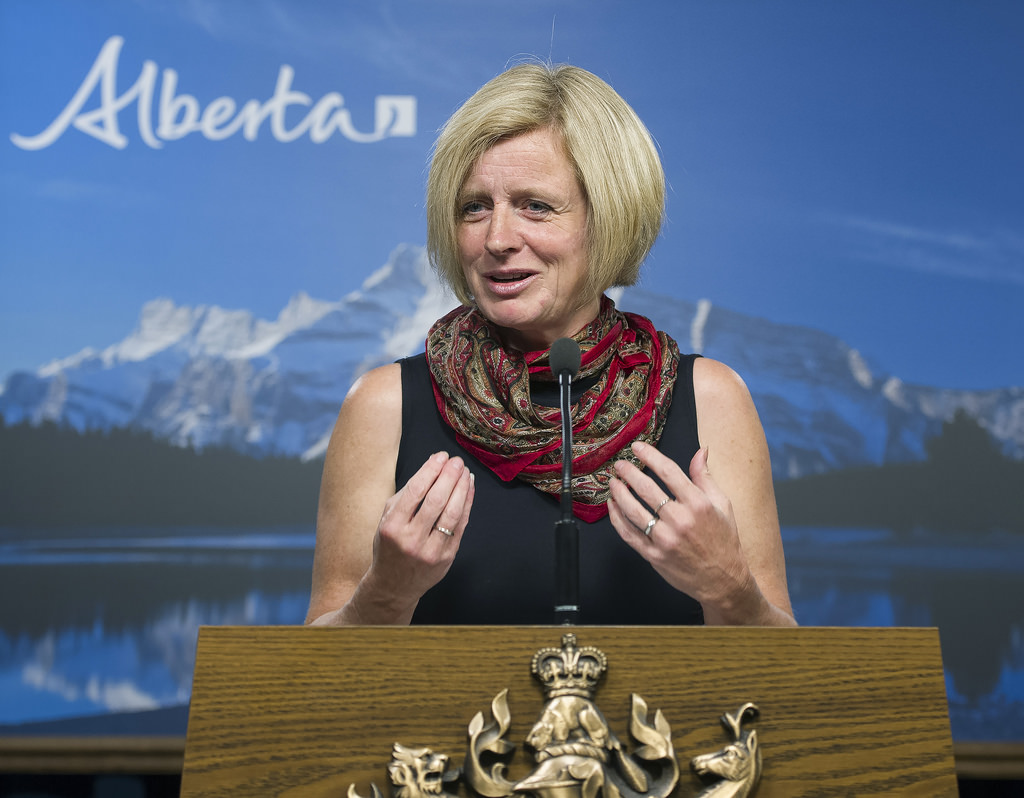 Alberta Premier Rachel Notley has appointed a 10-member panel to advise her on strategies for diversifying her province’s fossil fuel-dependent economy.

“The committee, which reports to me, will focus on economic development, diversification, and ways of making Alberta’s economy more resilient,” she said last Wednesday. The panel will be chaired by Joseph Doucet, dean of the University of Alberta business school.

In her election night speech May 5, Notley committed to gradually moving the Alberta economy out of a boom-and-bust cycle linked to fossil fuels. But responding to last week’s announcement, Doucet commented that “there’s no jurisdiction around the globe that has been as successful as they’ve wanted to be in terms of diversification because it’s very, very hard to do.” However, “I certainly believe that Alberta’s economy can become more diversified. We are more diverse than we were two decades ago.”

The day after the Financial Post reported Notley’s announcement, CBC carried a report on a two-year-old technology company in Alberta that is looking to increase its staff from 80 to 110—and will find it easier to hire qualified employees without the labour shortages brought on by a booming fossil fuel sector.

“When oil and gas is on a high, it’s a very difficult thing to compete against it,” said Nureva CEO Nancy Knowlton.

“I often joked that companies would often hire candidates with the strongest pulse. That’s how desperate people were for talent then,” said Nesbitt-Burns recruiter Paul Landry. “They’re not now.”