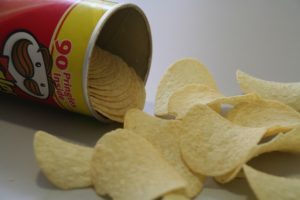 The U.S. National Renewable Energy Laboratory laid off about 15 members of its solar research team last week, 10% of the total team, and is expected to cut nearly 70 staff by the end of the year.

“Painfully and unfortunately, NREL decided these programs are underfunded and we can’t keep these on,” said Public Affairs Manager George Douglas. After four years of patching together carryover funds and other stopgaps, “this is the year where it became very difficult to impossible to keep these programs alive.”

Since FY 2012, Greentech reports, solar funding at the U.S. Department of Energy has fallen nearly 20%, to US$233 million.

“Despite the recent public lip service to clean energy and efficiency in the context of climate change, those sectors make up a small portion of DOE’s funding, both historically and in recent years,” Tweed writes. “As John Doerr of Kleiner Perkins has pointed out for years, Americans spend more on potato chips than they do on clean energy funding. And yet, Citi has just estimated that a global clean energy economy could save $1.8 trillion by 2040.”