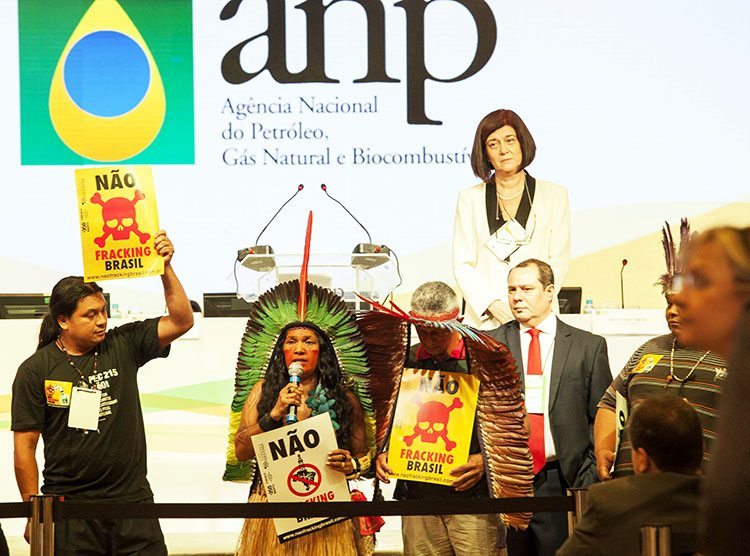 Indigenous leaders, anti-fracking activists, and unionized oil workers in Brazil successfully disrupted an auction for oil and gas exploration rights last week, leading local media to describe the auction as a failure after only 37 of 266 available blocks were sold.

“The most important thing we have done is to inform and mobilize communities in isolated areas against fracking,” said Nicole Figueiredo de Oliveira of 350.org Brazil. “Now there are eight Indigenous groups taking part in this campaign with us. We will continue working to keep fracking away from their lands, and from the precious forests and water resources of our country.”

The coalition’s work has led to anti-fracking ballots in 25 Brazilian cities and one state, as well as a five-year moratorium bill that passed the environment commission of the federal Parliament.