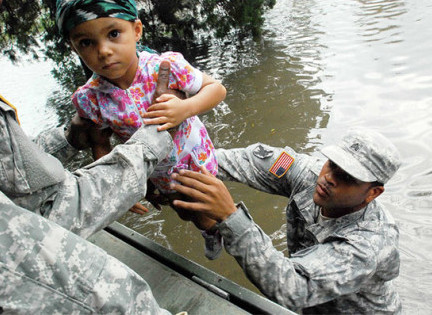 The North Atlantic Treaty Organization (NATO) Parliamentary Assembly debated a resolution this week that calls on member states to recognize climate change as a significant security risk, with “force multipliers” like rising temperatures and changing rainfall patterns that will increase competition for food and water, shift global migration patterns, and threaten public health.

“If the world wants to stop irreversible damage to the planet, all governments must agree in Paris to clear, fair, and ambitious targets to reduce emissions,” said French Parliamentarian Philippe Vitel, special rapporteur for the Assembly’s science and technology committee.

“The security of alliance members is at stake,” he added. “Climate change is increasing the risk of violent conflict by exacerbating known sources of conflict, like poverty and economic shocks. The time to act is now.”

The Assembly brings together 250 senior Parliamentarians from NATO member states.

“Addressing the pressing security challenges NATO is facing today, especially around the southern and eastern flanks of the alliance, must be the immediate priority,” said Retired Rear Admiral Neil Morisetti of the British Royal Navy. But for NATO “to be an effective security organization, there needs to be an eye to future threats. Amongst these threats is the impact of a changing climate, including the risks posed to geopolitical stability and global well-being.”

Lt. Gen. Tariq Waseem Ghazi, Pakistan’s former defence secretary and a member of the Global Military Advisory Council on Climate Change, added that climate change’s “bite is already being felt.” He stressed that “growing competition for natural resources, heightened migration pressures, erratic water and food availability, and increasingly frequent natural disasters are just a few of the ways the humanitarian impact from climate change is transforming the security agenda.”

The resolution calls on NATO to consult more widely on the security implications of climate change, while urging member governments to plan more effectively for climate risks and adopt what EcoWatch calls “green defence policies.”