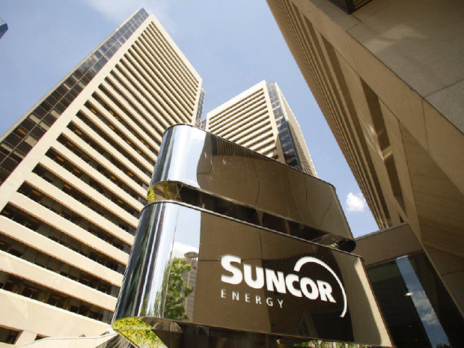 Suncor Energy has launched a hostile takeover bid to acquire Canadian Oil Sands Ltd., a tar sands/oil sands producer that has been weighted down with debt because of falling oil prices.

“The Calgary-based company said it’s offering Suncor shares worth about $4.3 billion and would take on about $2.3 billion of debt owed by Canadian Oil Sands, making the total transaction worth $6.6 billion,” Canadian Press reported Monday.

The offer is 43% above COS’s market value. “We believe this is a financially compelling opportunity for COS shareholders,” said Suncor President and CEO Steve Williams. “We’re confident in the value this offer provides to COS shareholders.”

The Financial Post speculated that Suncor could offer an even more attractive deal to win over shareholders—most of them institutional investors like TD Asset Management, Franklin, Deutsch Asset & Wealth, and CIBC, according to Canadian press—or that a competing bid could emerge. But at least one large individual investor is threatening to challenge the Suncor takeover in court.

The Financial Post notes that a 37% share in Syncrude Canada Ltd., a massive joint venture in Canada’s tar sands/oil sands, is COS’ only asset. Schulich says the Suncor offer is worth less than half Syncrude’s replacement value.

“I ain’t selling at that price,” Schulich said. “If they succeed, I’ll go to court to get a valuation.” While Schulich believes his COS shares are worth C$20 each, they closed yesterday at C$9.28 on the Toronto Stock Exchange.