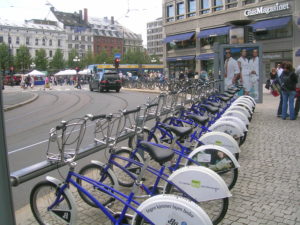 Norway has done a much better job than Canada of managing its greenhouse gas emissions, even though both countries are major fossil fuel exporters that produce the same volume of oil and gas, according to analysis by the Canadian Centre for Policy Alternatives.

“Norway emits two-thirds as much carbon per capita as Canada: 9.2 megatonnes (Mt) vs. 14.1 Mt,” CCPA reported last week. “Canada has the third-highest GHG emissions per capita of 17 OECD countries ranked.”

The think tank notes that “almost two-thirds (61%) of Norway’s energy consumption is from renewables (mainly hydro), with plans to reach 68% by 2020. In Canada, renewable energy resources provide 16.9% of our total primary energy supply. There is no national plan to increase the use of renewables.”

While Norway prices carbon at $75 per tonne, Canada has no national carbon tax. And where Norway contributed US$51 per capita to the UN’s Green Climate Fund, to help developing countries cope with the front-line impacts of climate change, Canada promised only US$8 per capita—and missed the April, 2015 deadline for its contribution.

(Alberta, in particular, has come under fire for failing to manage its fossil fuel wealth as effectively as Norway, which has built up a C$870 billion trust fund on oil and gas royalties. “It’s Alberta, only with Vikings and common sense,” blared a Calgary Sun headline in early January.)

CCPA Executive Director Bruce Campbell points out that the Harper government still hasn’t met a 2007 commitment to regulate carbon emissions from oil and gas, and introduced weak emission regulations for coal plants that postpone controls for existing facilities to 2030.

“The Harper government has cancelled almost 3,000 environmental reviews, including 678 about fossil fuels and 248 dealing with pipelines,” and “Canada provides more subsidies to petroleum as a proportion of government revenue than any developed nation except the United States and Luxembourg,” Campbell adds, citing an International Monetary Fund analysis that shows how Canada could cut emissions 13% by eliminating subsidies.