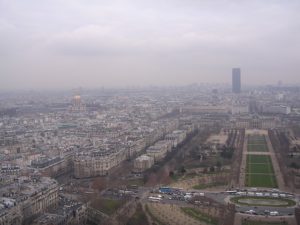 The UN climate secretariat has released draft text for a global climate agreement that is down to 20 pages from the previous 80, calls for regular updates of national carbon reduction commitments every five years, rather than every 10, and leaves room for the long-term goal of phasing out fossil fuels.

Incremental as they sound, each of these milestones has its place on the road to a final climate deal in Paris in December. The previous draft sat at 85 pages after a fortnight of negotiations in June, and updates every five years rather than every 10 are considered crucial to align climate action with a global ceiling of 2.0ºC, or even 1.5ºC, global warming.

“The text, drawn up by the two UN experts who oversee the talks among almost 200 nations, suggests all countries should publish plans for tougher action every five years under the Paris accord, which maps out actions beyond 2020,” Reuters reports. “Some nations want reviews only once every decade, or only for rich countries.”

Amjad Abdulla of the Maldives, chief negotiator for the Alliance of Small Island States (AOSIS), noted that the draft text preserves the option of a global climate fund to assist developing countries on the front lines of climate impacts. “The contours of the package are coming together, most of the world has submitted a plan for action, and political momentum is as high as it’s ever been,” he said. “But the devil is in the details.”

Jennifer Morgan of the World Resources Institute called the draft a “helpful launching pad for reaching common ground” for the next round of pre-Summit negotiations in Bonn later in October.