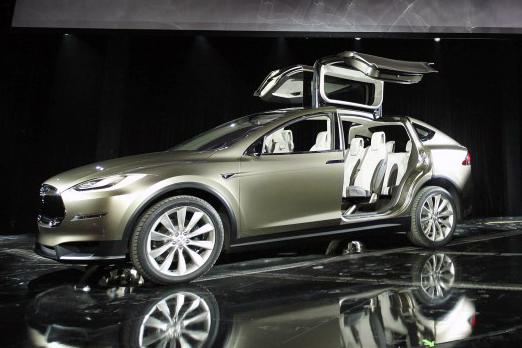 Tesla’s new Model X SUV was such a complicated vehicle that it probably shouldn’t have been built, CEO Elon Musk admitted during the company’s splashy Bay Area launch last week.

The Model X was “the most difficult car in the world to build,” with advanced technology that caused major production delays, he told media. “There are so many more features and difficult-to-build parts on it than is necessary for us to sell the cars.”

“Tesla’s powertrain—capable of a claimed 3.2-second 0-60 time in ‘Ludicrous Mode’ with 250 miles of range—and versatile crossover design would be impressive enough,” Business Insider reports. “Instead, Tesla created an insanely complex car. Built-in ultrasonic sensors just to keep the falcon wing doors from dinging nearby cars. A triple-layer-carbon air filter [that] can virtually eliminate all bacteria from the cabin. Then there’s the panoramic windshield that features what the company claims to be the largest single piece of glass ever installed on a car.”

It’ll take eight to 12 months for Tesla to clear the 25,000-order backlog for the SUV, and “the complexity of the Model X could slow down the production process,” Zhang writes.