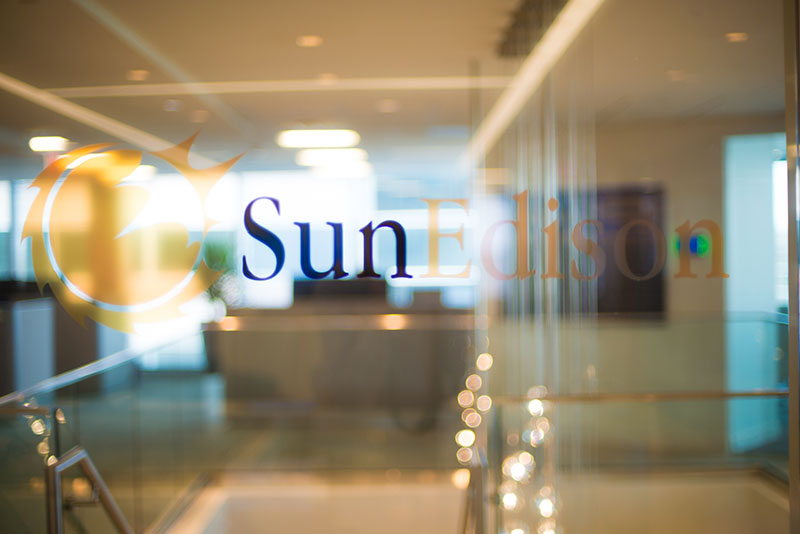 Solar powerhouse SunEdison is cutting costs and laying off 10% of its 7,300 employees after investors reacted to falling stock prices and a wave of acquisitions that many found odd.

In mid-September, Greentech reports, SunEdison’s stock was down to US$11.50 from a high of US$33.45. Stock in its YieldCo, TerraForm Power, had fallen to US$21.61 from US$42.15. Its market capitalization now stands at US$2.6 billion, compared to US$9 billion over the summer.

“Investor confidence had been wavering for some time. Many were having a hard time understanding SunEdison’s acquisition spree—specifically, the US$2.2 billion purchase of the residential installation company Vivint Solar in July,” Lacey writes. “Executives called the Vivint acquisition a big step toward creating the first renewable energy supermajor. The street wasn’t fully convinced of the plan.”

At the time, CEO Ahmed Chatila boasted that SunEdison was tripling its value. “We are building the next generation of the biggest energy companies on earth,” Chief Strategy Officer Julie Blunden told Greentech in late July. “We’re not waiting to find out who they’ll be. We want it to be us.”

The day after the Vivint deal, “SunEdison announced it would be acquiring Mark Group, a British-based leading full-service energy solutions provider, and an existing SunEdison solar sales and installation partner. This acquisition opens up a direct line of sale into the UK residential and commercial solar business,” CleanTechnica reported.

“The cuts have reached all the way to the VP level, but not the executive level,” Lacey writes. “Sources within the company expressed worry and surprise that the cuts didn’t impact the architects of the Vivint acquisition.” The company said it was taking “several actions around the world to optimize our business, align with current and expected market opportunities, and position ourselves for long-term growth,” adding that investors would see further details this month.