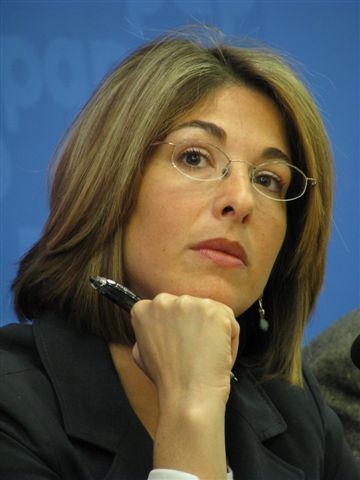 A coalition of authors, scientists, artists, activists, and other national leaders is intervening in Canada’s federal election with the Leap Manifesto, a call for the federal government to rapidly decrease fossil fuel production while introducing programs to improve the lives of most Canadians.

The manifesto “calls for all of Canada’s electricity to be generated from renewable sources in just 20 years, and a fossil fuel-free economy by mid-century,” CBC’s The House reports. “It also has wider social goals such as a guaranteed annual income and universal child care.”

Activist and author Naomi Klein said Canadian politicians of all stripes are ignoring the climate crisis.

“The problem with political campaigns is that politicians don’t like those hard choices,” she told host Chris Hall. “You have the opposition leaders [New Democratic Party Leader Tom Mulcair and Liberal Leader Justin Trudeau] competing with one another over who will do a better job building tar sands pipelines.”

The Guardian reports that, after the manifesto was released, “the smear-jobs started resounding immediately through the echo-chamber of the corporate press,” with critics claiming the plan would crash the Canadian economy and throw millions into poverty.

“So what in fact is the madness? A science-based political agenda, or our current course toward 6º of catastrophic warming? Collapsing a corporation’s right to override environmental laws, or a collapsing global food supply? Rising wages, or rising seas? The Leap Manifesto isn’t radical. It’s a way out of Canada’s head-in-the-sand politics.”