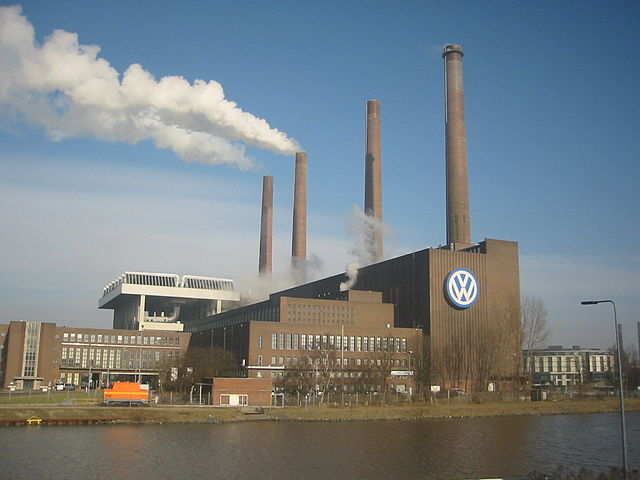 The Volkswagen emissions-rigging scandal deepened through the week, with CEO Martin Winterkorn resigning in Germany, its U.S. CEO expected to follow, and at least one advocacy group calling for compensation for the estimated 12,000 additional tons of nitrogen oxide per year the company’s 482,000 American vehicles pumped into the atmosphere.

“We are very concerned that there are a lot of emissions involved and the public is being harmed,” said Clean Air Watch President Frank O’Donnell.

“Paying a fine would not be adequate in our opinion,” he said. “They are going to have to come up with ways to reduce emissions further.”

Clean Air Watch “believes the illegal emissions were so enormous that the U.S. government should force VW to find ways to make restitution, such as funding cuts of similar power-plant emissions,” Bloomberg reports.

The 11 million cars VW rigged to avoid emissions testing “may be responsible for nearly one million tons of air pollution every year, roughly the same as the UK’s combined emissions for all power stations, vehicles, industry, and agriculture,” Grist reports, citing an investigation by The Guardian.

“VW’s defective vehicles could be responsible for between 237,161 and 948,691 tons of NOx emissions each year, 10 to 40 times the pollution standard for new models in the U.S.,” Karl Mathiesen of Climate Desk and the Guardian’s Arthur Neslen write. “Western Europe’s biggest power station, Drax in the UK, emits 39,000 tons of NOx each year.”

The effects of the scandal are likely to be far worse in the European Union, where almost half of all passenger cars run on diesel, compared to 3% in the U.S. “Diesel is without doubt the biggest public health catastrophe in UK history,” said Clean Air in London founder Simon Birkett, who called for a Royal Commission to investigate VW’s activities in his country. “Even the black plague didn’t affect everyone in the population.”

On September 14, several days before the VW scandal broke, The Guardian reported that nine out of 10 new diesel cars exceeded EU pollution limits when they were tested under real-world driving conditions, rather than on test tracks. “On average, the cars emit seven times the permitted level of NOx gases, with the worst car producing 22 times the legal limit,” wrote reporter Damian Carrington. “Models from every major motor manufacturer breached the limit when they were evaluated in real-world conditions.”

Meanwhile, the Washington Post says Winterkorn will leave VW with a US$32-million pension, and a total severance package that could be worth more than US$67 million.