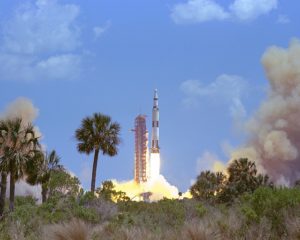 “Global warming can be addressed without adding significant economic costs or burdening taxpayers with more debt,” the group stated in a letter released last week. “A sensible approach to tackling climate change will not only pay for itself but provide economic benefits to the nations of the world.” The plan calls for $15 billion per year in research, development, and demonstration, a fraction of the $100 billion the world spends each year on military R&D.

“Just as with the Apollo space missions of the 1960s, great scientific minds must now be assembled to find a solution to one of the biggest challenges we face,” the group wrote. But so far, “renewable energy gets less than 2% of publicly funded R&D,” while “the private sector spends relatively small sums on clean energy research and development.”