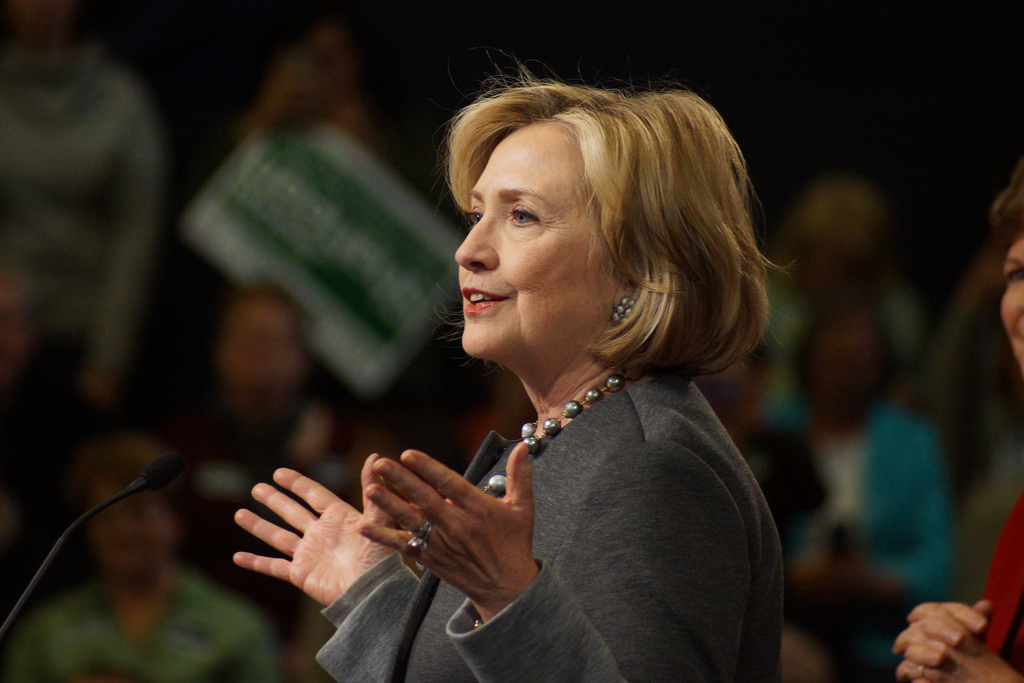 Former U.S. secretary of state Hillary Clinton declared her opposition to the controversial Keystone XL pipeline yesterday, calling the project “a distraction from important work we have to do on climate change.”

Clinton, the frontrunner in the campaign for the Democratic nomination for president in 2016, ended months of silence on the project during an event in Iowa. “A Clinton aide said the White House knew in advance about the candidate’s decision to publicly oppose Keystone, and that labour officials also were aware of her stance,” Politico reports.

Previously, Clinton had said her former role as secretary of state made it awkward for her to comment on Keystone while the White House decision was still pending. But at a campaign event in New Hampshire last week, she said she would be declaring herself soon. “I can’t wait too much longer,” she said. “I’m putting the White House on notice, I’m going to tell you what I think—soon.”

CBC reports that “Clinton’s announcement came as she has ceded ground in some polls to Vermont Senator Bernie Sanders, who has long opposed the project. It also followed the appearance of protesters at some of her recent campaign events holding signs that read, ‘I’m Ready for Hillary to say no KXL.’”

But Keystone opponents “gave Clinton full credit for coming around on Keystone,” Karni and Schor write. “Bill McKibben, the 350.org co-founder and godfather of the anti-pipeline movement, heaped particular praise on her after warning her about ‘mistrust’ earlier this year.”

“She’s really coming to understand that climate is going to be a defining issue of this election,” he told Politico. “And maybe, if you also look at her stand on Arctic drilling, she’s concluding that the most visible way to make quick progress is to keep carbon in the ground.” Clinton declared her opposition to oil and gas drilling in environmentally sensitive Arctic waters last month.

“This decision shows that political leaders in the U.S. and around the world are realizing that we cannot continue to build fossil fuel infrastructure that will be around for generations,” said Tim Gray, executive director of Toronto-based Environmental Defence. “It is also a clear sign that the public is looking for clean energy solutions rather than more high-risk fossil fuel development.”