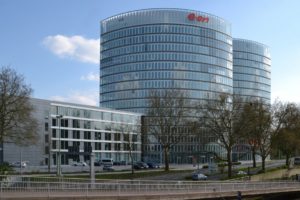 Germany’s largest utility, E.ON, may be on the verge of failing in its widely-heralded effort to sell off its coal, natural gas, and nuclear facilities and focus its efforts exclusively on renewables, energy efficiency, distributed networks, and energy storage.

“At the time, I must admit I was skeptical,” writes energy and carbon blogger Gerard Reid. E.ON’s plan was to transfer its legacy assets to a new company, Uniper, and persuade the German government to set up a special fund to cover the cost of decommissioning its aging nuclear plants.

Now, “the German government has signalled to E.ON that they will be made responsible for nuclear decommissioning, even if all the assets and liabilities are put into a new company,” he writes. “In the words of the German Minister for Economic Affairs and Energy, Sigmar Gabriel, ‘parents need to be liable for their children.’”

In response, the utility decided to keep the nuclear plants on its own balance sheet, meaning that “E.ON’s new strategy is more or less dead,” Reid states. “Renewables together with nuclear is a ‘no-no’ for many people, and the ‘bad bank’ strategy [with Uniper] has not worked, either. And the crazy thing is that the real risks in the company are now within E.ON,” including huge nuclear decommissioning costs and the need to “learn how to engage with end customers.”