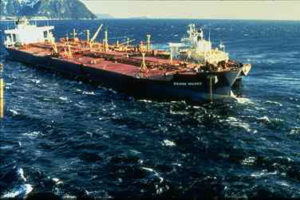 Top executives at Exxon Corporation understood the dangers of climate change and its implications for the fossil fuel business in the mid-1970s, but chose to lavish funds on climate denial rather than contributing to climate solutions, according to an investigative report this week by Pulitzer Prize-winning InsideClimate News.

“In the first place, there is general scientific agreement that the most likely manner in which mankind is influencing the global climate is through carbon dioxide release from the burning of fossil fuels,” senior company scientist James F. Black told the company’s management committee in July 1977.

“Some countries would benefit but others would have their agricultural output reduced or destroyed,” he later wrote, in a summary of a presentation in 1978. “Present thinking holds that man has a time window of five to 10 years before the need for hard decisions regarding changes in energy strategies might become critical.”

Within months, Exxon “launched its own extraordinary research into carbon dioxide from fossil fuels and its impact on the earth,” Banerjee, Song, and Hasemyer report. But “toward the end of the 1980s, Exxon curtailed its carbon dioxide research” and “put its muscle behind efforts to manufacture doubt about the reality of global warming its own scientists had once confirmed. It lobbied to block federal and international action to control greenhouse gas emissions. It helped to erect a vast edifice of misinformation that stands to this day.”

“They’re smart people, great scientists, and they saw the writing on the wall,” Banerjee says in a PBS Frontline video posted on the ICN site. “They wanted to prepare,” and “they thought the best way to do it was to do really solid research, so they understood the problem and people would take them seriously when they wanted to weigh in on policy decisions.”

Initially, Exxon “wanted to be on the cutting edge of science,” she added. But “they ended up instead leading the denial and clouding of public perceptions of science. The change is amazing.”