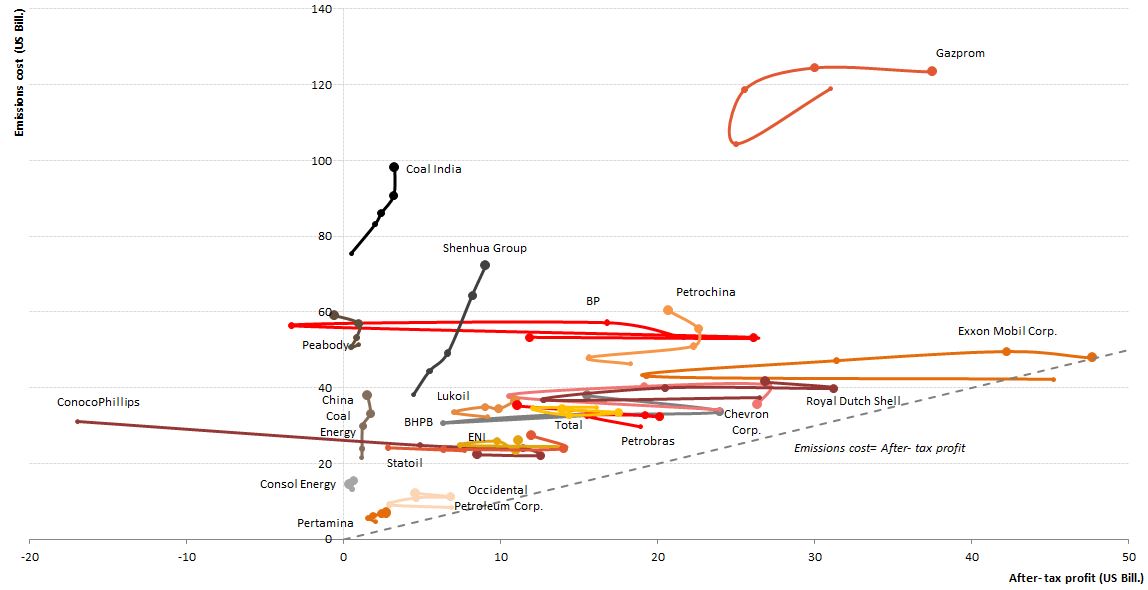 Twenty of the world’s leading fossil fuel companies received “implicit subsidies” that exceeded their profits between 2008 and 2012, according to a recent paper published by the Judge Business School at the University of Cambridge.

“We measured the economic cost to society of the climate change impacts caused by the use of their products, and compared this with their profits in each year from 2008 to 2012,” lead author Chris Hope writes on The Energy Collective. “Because the companies currently don’t have to pay for these climate impacts, we view this as an implicit subsidy to the companies.”

Hope summarizes the results in a graph that compares implicit subsidies against the companies’ after-tax profits. Except for Exxon-Mobil in 2008, all the companies’ subsidies exceeded their profits in all five years.