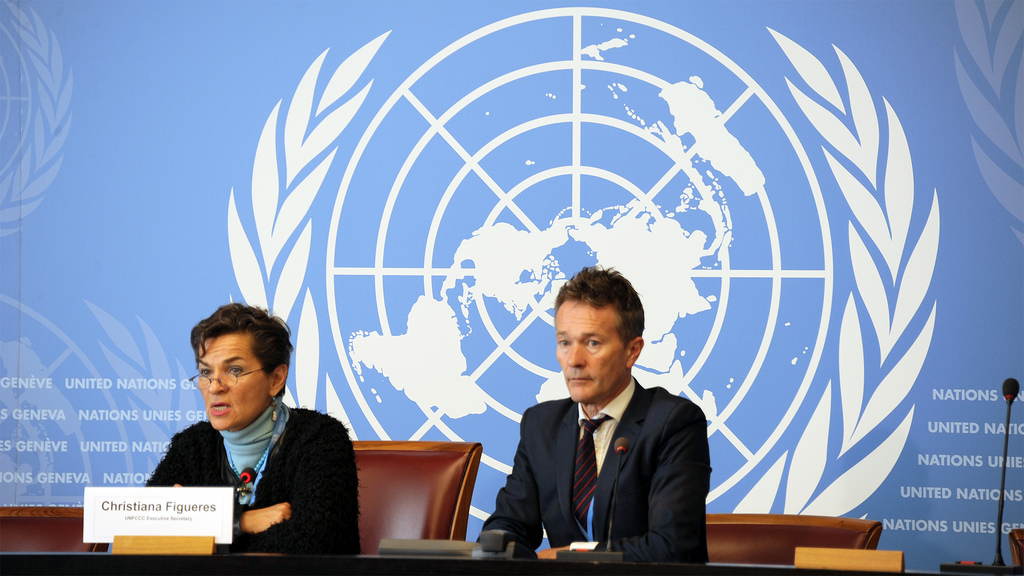 National carbon reduction targets leading into the UN climate summit in Paris won’t be enough to keep average global warming under 2ºC—but that’s no surprise, the Climate Progress blog reports, and it may be okay unless governments lock in their present lukewarm commitments until 2030.

During a week of pre-Paris preparatory talks in Bonn last week, negotiators came under pressure to agree to strengthen their targets in 2020, then again in 2025, using this year’s Intended Nationally Determined Contributions (INDCs) as a springboard for deeper carbon reductions. Climate Action Tracker’s analysis of 29 INDCs, released last week, found that it would be nearly impossible to meet the 2ºC threshold—much less the 1.5ºC “buffer zone” recommended last May by a UN expert panel—unless the initial targets receive regular updates.

“It is clear that if the Paris meeting locks in present climate commitments for 2030, holding warming below 2°C could essentially become infeasible, and 1.5°C beyond reach,” said co-author Bill Hare, CEO of Climate Analytics. He called on governments to limit their commitments to the decade ending in 2025, adding that the INDCs “need to be considerably strengthened for the period 2020-2025.”

UN Climate Secretary Christiana Figueres acknowledged earlier this year that the Paris agreement won’t bring countries all the way to the 2º target, Valentine writes. “It is a fundamental misinterpretation or misunderstanding of the complexity of what we’re dealing with to even imagine that an agreement in Paris would in and of itself, at the turn of a dime, miraculously solve climate change,” Figueres said. “What Paris does is to chart the course toward that long-term destination.

In its daily coverage of the Bonn meeting, The Daily Tck reported that the week of negotiations produced mixed results.

A “durable” climate agreement “is within reach, but requires positive signals made by parties in Bonn and beyond to be captured in a refined negotiating text,” wrote Tck correspondent Joshua Wiese. High points included discussions on loss and damage in the countries most vulnerable to climate change, progress on an institutional framework for climate finance, a growing push for a series of cascading five-year targets, and a sense that “public support for a fossil fuel-free world is growing outside negotiating halls, leaving governments trailing behind.”

But EcoWatch declared the meeting a failure, citing Oxfam climate advisor Jan Kowalzig’s warning that diplomats are running out of time for a major breakthrough. “If the negotiators keep up that slow pace, the ministers at the UN summit will get an unfinished paper that they will have to resolve with no time for reflection,” he said. “The outcome will then most likely be an extremely weak new treaty that will not save the world from climate change.”