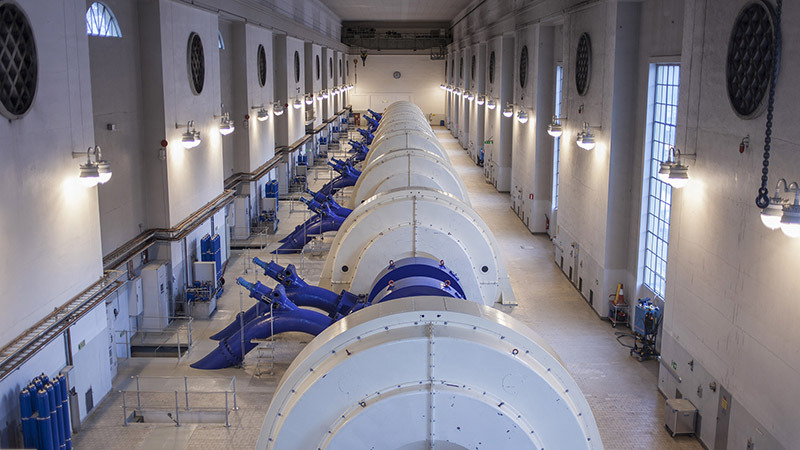 Norway has set out to position itself as Europe’s “green battery” by using existing hydropower to back up intermittent solar and wind generation.

“Norway has 937 hydropower plants, which provide 96% of its electricity, making it the sixth-largest hydropower producer in the world—despite having a population of only five million,” RTCC reports. “Without building any new power stations, engineers believe they could use the existing network to instantly boost European supplies and avoid other countries having to switch on fossil fuel plants to make up shortfalls.”

Europe has a single, integrated grid serving 400 million people in 24 countries, and the different jurisdictions routinely trade electrons to balance supply and demand. But as the continent installs more renewables, backup power is coming from natural gas and coal, Brown writes.

“The Hydraulic Laboratory at the Norwegian University of Science and Technology (NTNU) in Trondheim believes it can engineer the country’s vast power plants so that they can themselves be a giant standby battery that can be turned on and off,” he explains. “When there is surplus wind or solar power in Europe, the electricity it generates can be imported to pump water uphill to keep refilling the Norwegian reservoirs. This is, in effect, electricity that is stored, because when energy is needed again the generators can be turned back on to produce hydropower.”

Even hydropower doesn’t switch on instantly, but NTNU doctoral student Kaspar Vereide is working on a system to control water flows and power up the turbines at a moment’s notice.