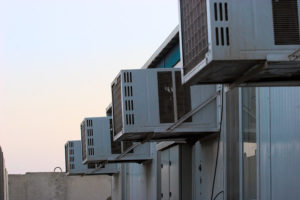 Air conditioning—or the lack thereof—emerges as a major cultural difference between the United States and Europe in a recent feature article in the Washington Post.

“According to Stan Cox, a researcher who has spent years studying indoor climate controlling, the United States consumes more energy for air conditioning than any other country,” Noack writes. “In many parts of the world, a lack in economic development might be to blame for a widespread absence of air conditioning at the moment. However, that doesn’t explain why even most Europeans ridicule Americans for their love of cooling and lack of heat tolerance.”

Cox told the Post the U.S. “is somewhat unusual in being a wealthy nation, much of whose population lives in very warm, humid regions.” But the difference is also a matter of temperature preferences.

Noack also points to a difference in climate change awareness. In a survey last year, “two-thirds of all EU citizens said that economies should be transformed in an environmentally-friendly manner,” he writes. “Cooling uses much more energy than heating, which is why many Europeans prefer sweating for a few days over continuously suffering under the effects of global warming in the future.”

Regulations are a factor, as well: the EU mandates tougher energy efficiency standards that compel builders to pump cold air from underground, or make walls more resistant to outdoor temperatures.