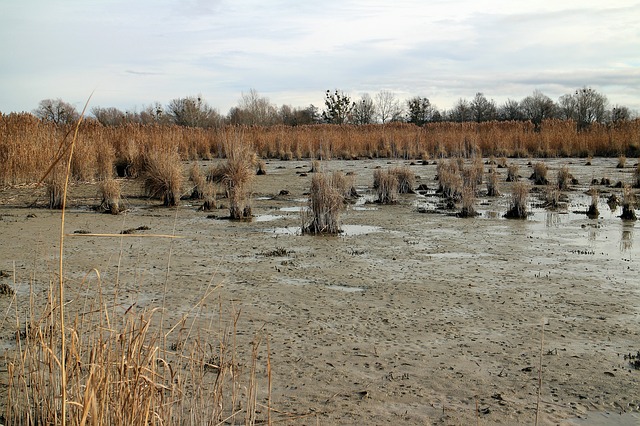 “A damaged and contaminated landscape, a national sacrifice zone, is being created,” Timoney writes. He recommends an immediate halt to the construction of industrial or man-made wetlands, the Edmonton Journal reports.

Otherwise, “the post-mining landscape will be dotted by these small, poor substitutes, some high in saline and contaminants from water used in processing bitumen that will take a toll on migratory birds and other wildlife,” Pratt writes. “Industrial wetlands support fewer plants, fewer species, more weeds, more salt tolerant plants, stunted vegetation, and lower levels of nutrients for wildlife compared to natural wetlands, the book says.” And “there was no evidence the industrial wetlands were evolving into healthier, diverse, clean, bird-friendly wetlands of pre-mining days as government policy assumes, Timoney says.”

Timoney calls the reconstructed wetlands “mortality traps” for wildlife, noting that “it’s not just reduced biodiversity in the industrial wetlands. These are dangerous places and they draw animals near the industrial sites.”

Part of the problem is that the reclaimed wetlands “look totally suitable to migratory birds and mammals and insect and other invertebrates,” Timoney told CBC. “So they do contain some populations of animals, but these animals are then subjected to contaminants in the wetlands, and they’re also subjected to contaminants if they leave the wetlands and go visit a nearby tailings pond or some other industrial site.”