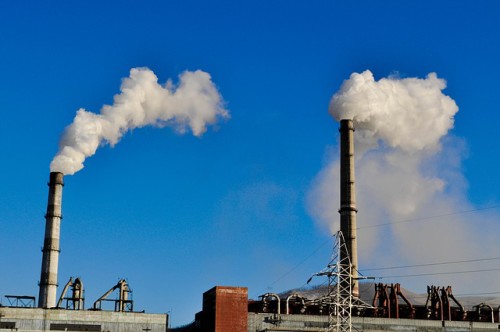 With the Washington Post reporting on the Obama Administration’s latest move to mandate water quality improvements around U.S. coal mines, Slate is out with an analysis that points to cheap natural gas and renewable energy, not government regulation, as the industry’s biggest adversary in the so-called “War on Coal”.

“Yes, the government is insisting on stricter pollution control standards from coal power plants,” the online journal reported last week. ”But coal’s enemies also include the vast natural gas industry, rising renewable energy technologies, decreased global demand, Wall Street, and deep-pocketed non-profits that deem coal a public health threat. And this week they notched a host of victories that show the war is becoming a rout.”

The headline on the Slate article tells the story: “Coal is losing the war on coal. And its enemies are multiplying.”

“The monthly triumph of natural gas was likely a quirk, due to weather and the particular mix of generating plants online that month,” Slate notes. But the April figures still pointed to “an astonishingly rapid drop in coal’s market share.” The shift was reflected in a 7% drop in U.S. coal production in the first five months of 2015 compared to the same period last year.

“The U.S. will burn coal—and lots of it—for many decades to come,” Gross states. But “it’s hard to think of another basic industry of comparable size in which future demand has dissipated so rapidly. But barring sharp breaks in existing trends, an increasing amount of coal will be left in the ground.”