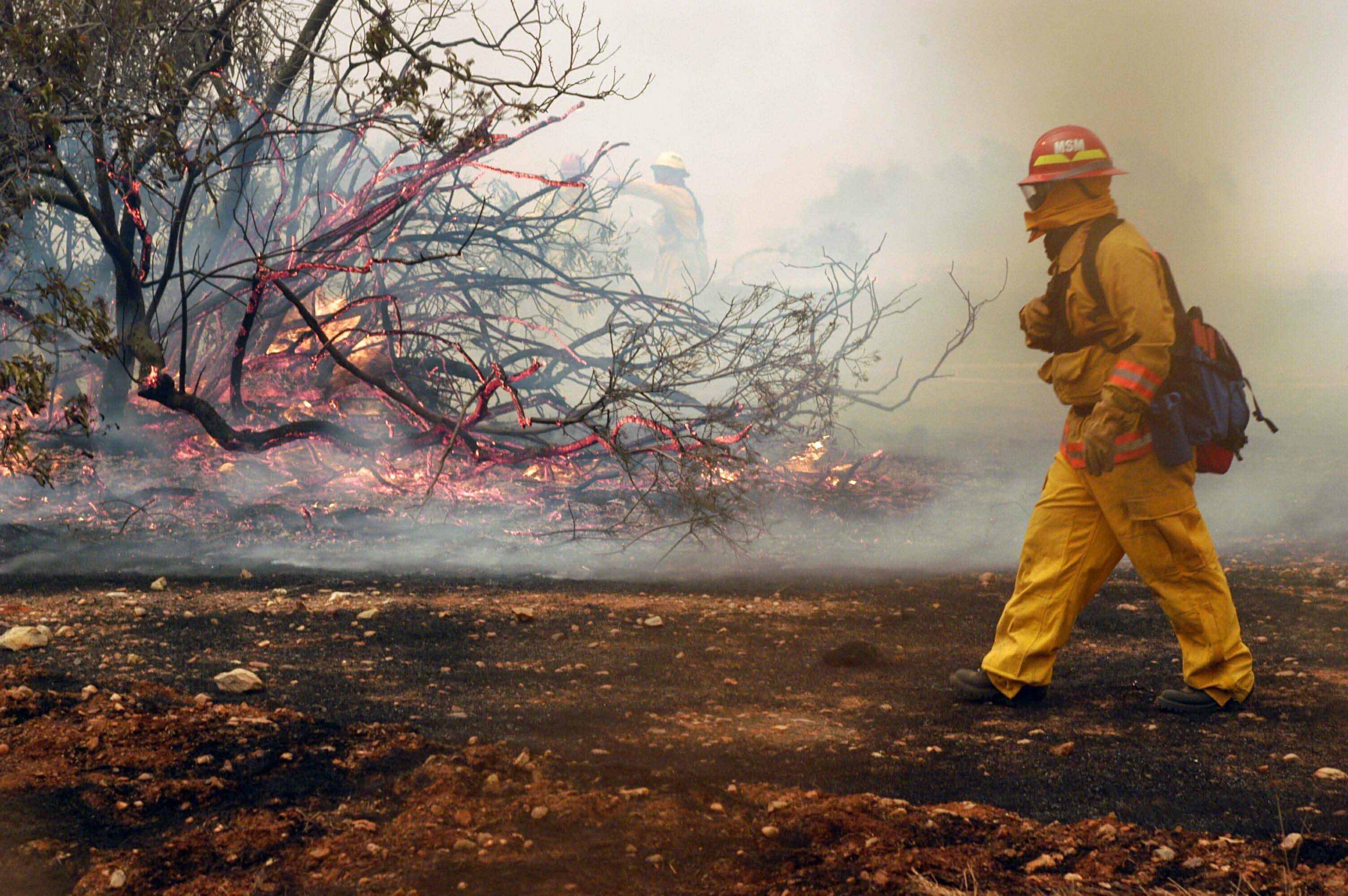 A wildfire in California gutted 20 vehicles along Interstate highway 15, destroyed five homes in the rural community of Baldy Mesa, and threatened 50 more last Friday, after a brushfire quickly spread across 3,500 acres in a state that has been parched by a multi-year drought.

“As flames closed in, drivers and passengers ran from their vehicles,” AP reported. “Dozens of vehicles were abandoned, and hundreds of others turned onto side roads in the rugged area about 90 kilometres northeast of Los Angeles.” The lost vehicles included a boat, and a tractor trailer carrying a shipment of cars.

I-15 is the main route between Las Vegas and southern California.

“It was total smoke and all the cars just started to stack and the fire got closer to us, and everyone started running up the hill,” said Russell Allevato of Southgate, Michigan. “Hundreds and hundreds of people running up the hill.”

“It’s crazy,” said motorist Chris Patterson. “You’re watching black clouds and white clouds of smoke, there’s a ridgeline off to my right,” and “it looks like any second flames will come over the ridgeline.”