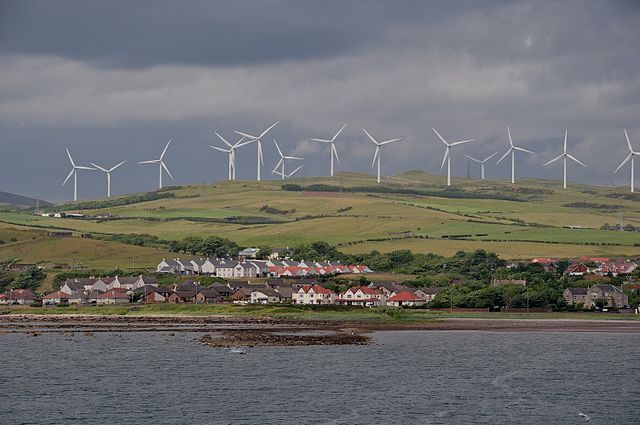 Scotland’s wind industry doubled its output in June over the equivalent period in 2014, meeting 33% of the country’s electricity demand and supplying 100% of household energy needs for six days out of the month.

“While much of the attention may have been focused on the welcome summer sunshine, June also turned out to be an astonishing month for wind power in Scotland,” said WWF Scotland Director Lang Banks. “Thanks to a combination of increased capacity and stronger winds, output from turbines more than doubled compared to the same period last year.”

But even though wind “has gone from strength to strength,” the technology “could and should be playing an even bigger role in helping to reduce climate emissions from the power sector.”

Member of Scottish Parliament Mike Mackenzie of the Scottish National Party said the “excellent progress” reflected in the June numbers “must not be put at risk by the reckless approach of a Tory government with scant regard for Scotland’s interests.” He added that the Cameron government’s decision to cut onshore wind subsidies “could see a loss of investment of up to £3 billion, put more than 5,000 jobs at risk, and put at risk the excellent progress Scotland has made on renewables in recent years.”