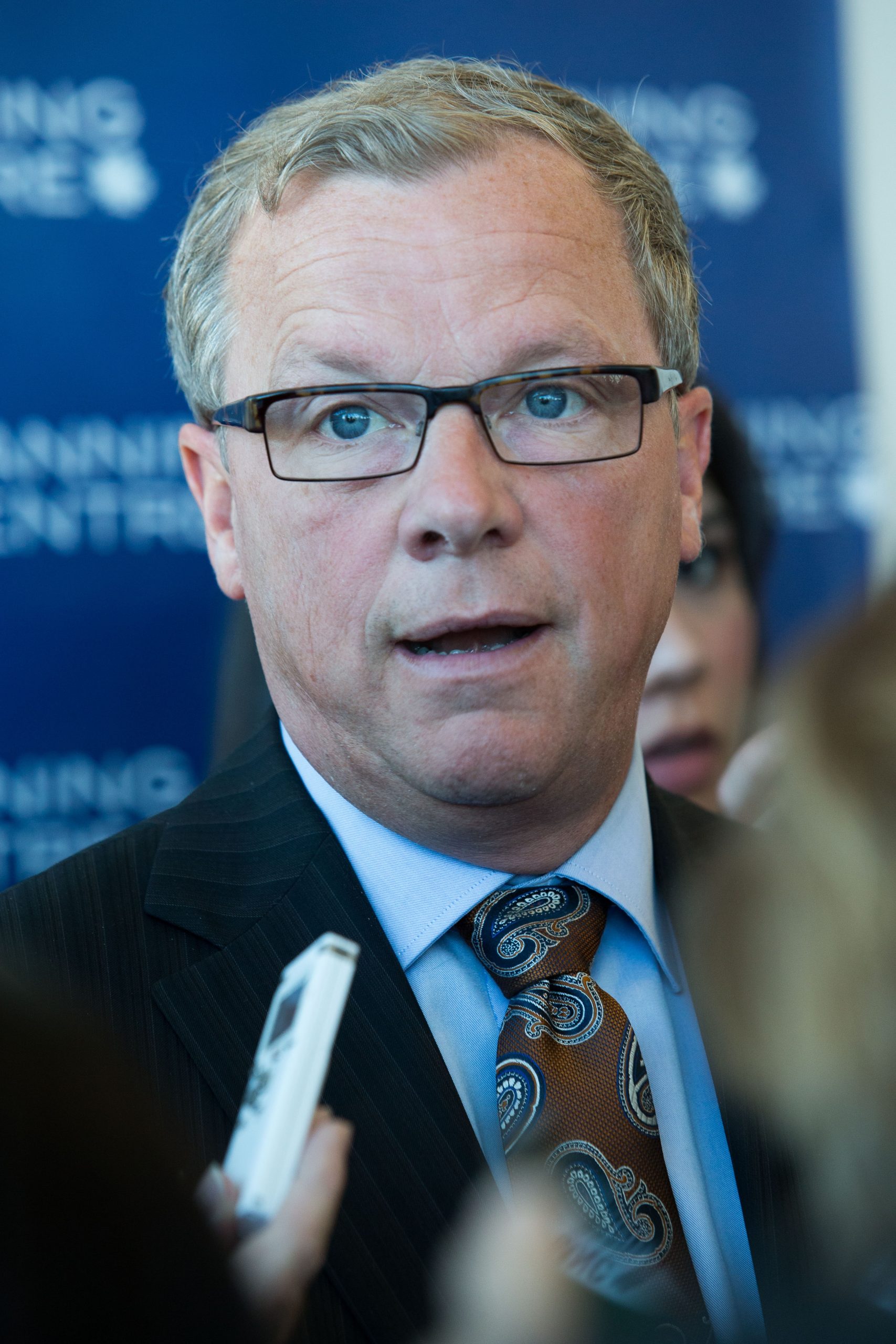 Canada’s provincial and territorial premiers will try to reconcile duelling versions of their Canadian Energy Strategy when the focus of their three-day meeting in St. John’s, Newfoundland turns to climate and energy today.

In one confidential draft, obtained by The Globe and Mail, the gathering appeared on the verge of adopting a fast-tracked approval process for pipelines and a watered-down commitment to firm greenhouse gas reduction targets. But CBC News reports this morning that “some premiers want the strategy to place more emphasis on green technologies, solar and other renewable energy sources, and on reducing greenhouse gases.”

The battle lines seems to place Ontario Premier Kathleen Wynne and Quebec Premier Philippe Couillard on the side of a clean energy transition, with Saskatchewan Premier Brad Wall mounting a vocal—and public—defence of a provincial fossil fuel economy that has been hammered by low oil prices.

“Ontario and Quebec have agreed on joint principles to help us define a common front to ensure that the project offers safety and protection for the environment, promotes social acceptability, and optimizes the economic impacts,” Wynne said earlier this week.

“We’ve been contributing mightily to equalization, and I just don’t think this kind of talk is welcome, frankly,” Wall retorted yesterday. “Maybe we should send equalization payments through a pipeline to get one approved in Central Canada.” (Equalization is a federal formula in Canada in which some tax funds flow from wealthier to less wealthy provinces.)

“We can do a better job of ensuring energy development is sustainable—that’s fair,” Wall acknowledged. “But I do not think any province in Confederation should be holding up approvals of a pipeline…by saying: ‘We don’t think your environmental policies are stringent enough’ or maybe: ‘We don’t like how you price carbon.'”

Just a few days ago, based on the earlier leaked draft of the strategy, it looked like momentum among the premiers was shifting in Wall’s direction.

“Two sections of the plan commit the provinces and territories to help get more pipelines built, in part by cutting down on red tape to speed up regulatory decisions,” the Globe reported. “But the strategy contains little firm commitment on battling global warming. Its strongest environmental section—a pledge for all provinces and territories to adopt absolute targets for cutting greenhouse gases—is marked as a point of contention that might be scrapped.”

The draft stated that “as energy production expands to meet growing domestic and international energy demands, our country must have the necessary pipelines, electricity systems, and other energy infrastructure in place to move energy products to the people that need them.” It committed provinces and territories to “improve the timeliness and certainty of each jurisdiction’s regulatory approval decision-making processes for energy developments” and eliminate “duplication and inefficiencies” among them.

Louise Comeau, executive director of Climate Action Network Canada and a member of Ontario Premier Kathleen Wynne’s climate action group, called for a rewrite of the strategy. “The overarching goal of the Strategy should be to undertake a long-term transition away from fossil fuels and towards clean energy solutions,” she wrote in a June 30 letter to Wynne.

“It is critical that Canada come to terms with the fact that growing oil sands production through expansion of pipeline capacity is contrary to reaching our climate protection goals, including our domestic greenhouse gas reduction goals, and to participating in the global transition to a clean energy system.”