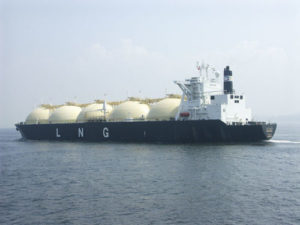 More than US$280 billion in liquefied natural gas (LNG) projects, many of them in Canada, the United States, and Australia, will be unnecessary if the world’s governments commit to deep enough greenhouse gas reductions to avert runaway climate change, according to a report this week by Carbon Tracker.

“The report concludes that over the next 10 years, $82 billion of LNG plants in Canada would be surplus to requirements, $71 billion in the U.S., and $68 billion in Australia, with the rest of the world, led by Russia and Indonesia, accounting for the remaining $59 billion,” The Guardian reports. With $85 billion in LNG projects on its books, Shell would account for a large share of the stranded assets.

“Investors should scrutinize the true potential for growth of LNG businesses over the next decade,” said Carbon Tracker’s Head of Research, James Leaton. “The current oversupply of LNG means there is already a pipeline of projects waiting to come onstream. It is not clear whether these will be needed and generate value for shareholders.”

Although natural gas production could increase through 2040 in a low-carbon scenario, “not all the planned projects could go ahead,” Carrington explains. “The analysis finds that 16 of the world’s 20 biggest LNG companies are considering future major projects that are unlikely to be needed to meet gas demand to 2025 if climate change is tackled.”

In May and June, the Oxford Institute for Economic Studies and the International Energy Agency both concluded that LNG markets were softening.

“The experience of the last two years has opened the gas industry’s eyes to a harsh reality: In a world of very cheap coal and falling costs for renewables, it is difficult for gas to compete,” said IEA Executive Director Maria van der Hoeven.