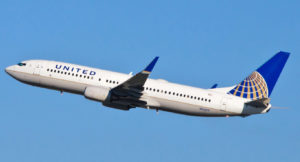 United Airlines has announced a $30-million investment in California-based Fulcrum BioEnergy, one of the largest aviation biofuel producers, paving the way for a flight from Los Angeles to San Francisco powered by a fuel derived from farm waste and animal fats.

The agreement allows United to purchase “at least 90 million gallons of sustainable aviation fuel for a minimum of 10 years, subject to availability, at prices competitive with conventional jet fuel,” Reuters reports. “The move makes United the second U.S. carrier to take a major stake in an energy company after rival Delta Air Lines Inc. bought a refinery in 2012 for $180 million.”

Fulcrum “has developed and certified a technology that turns municipal waste—household trash—into sustainable aviation fuel, a kind that can be blended directly with traditional jet fuels,” the New York Times notes. “It is currently building a biofuel refinery in Nevada to open in 2017, and has plans for five more plants around the country.”

The airline’s purchases from Fulcrum “constitute a small drop in its voluminous fuel consumption. Last year, United’s fleet consumed 3.9 billion gallons of fuel, at a cost of $11.6 billion,” Mouawad and Cardwell write. But airlines “say they have every reason to adapt, not only to reduce pollution but also to lower what is usually their biggest cost: jet fuel.”

“There is a significant role for biofuels within the aviation sector, specifically for reducing carbon emissions,” said NRDC Senior Resource Specialist Debbie Hammel.