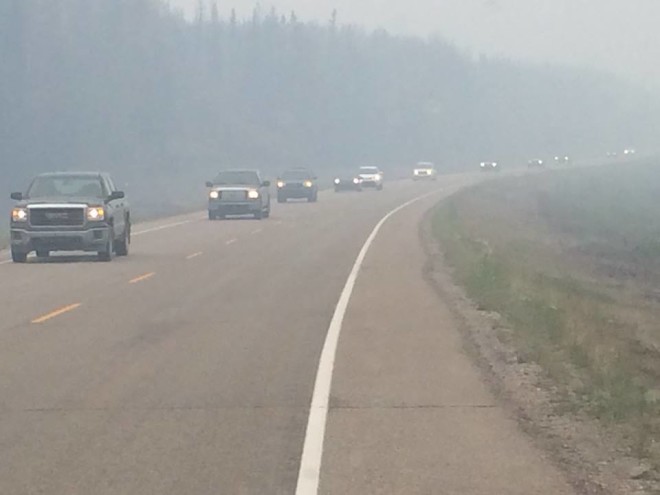 The Canadian military has been called in to help evacuate 7,900 people in northern Saskatchewan, including members of the province’s largest First Nation, after a wildfire crossed fail-safe lines Saturday and came within eight kilometres of the community of La Ronge.

“This evacuation has been triggered by a number of wildfires in the area, which are blowing smoke and particulate matter into and around the communities,” Saskatchewan’s provincial fire commissioner said in a statement. CBC reports that up to 5,000 evacuees will be moved hundreds of kilometres to Cold Lake, Alberta, where Canadian Forces and the Canadian Red Cross will run emergency services.

Chief Tammy Cook-Searson of the Lac La Ronge Indian Band ordered an evacuation earlier Saturday to take advantage of daylight hours. “Be safe, travel with caution,” she urged on her Facebook page. About 120 kilometres to the south, the Montreal Lake First Nation declared a separate state of emergency. “It was scary because you could hear the fire, you feel the heat and a lot of smoke, and that’s when we decided to get everybody out,” Chief Ed Henderson told CBC.