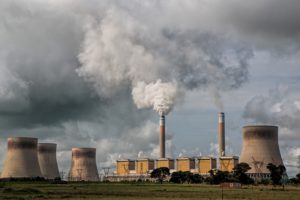 This week’s U.S. Supreme Court decision to block an Environmental Protection Agency regulation on mercury pollution “comes too late to save the dozens of [coal] plants that already closed, or are slated to in the next several months,” Politico reports.

“We’re not bringing them back,” said American Electric Power CEO Nick Akins. “Once that ball gets rolling, it’s not going to change.”

Legal observers and a White House spokesperson said the decision would have little or no impact on the EPA’s Clean Power Plan. In its ruling, the Court “stuck to a narrow path—whether EPA should have considered the costs of the rule in an early analysis rather than later in the rulemaking process—but didn’t reach into the issues expected in the courtroom battles to come over one of Obama’s priorities: battling climate change,” Guillén writes.

“I frankly don’t think this opinion has great implications for [the] Clean Power Plan based on what I anticipate to be the direct statutory challenges to the plan,” said utility climate specialist Bill Bumpers of the law firm Baker Botts.

“These are two separate rulemaking processes that we have pursued here and there is nothing contained in this ruling that should in any way impact our ability to successfully implement the Clean Power Plan,” agreed White House spokesman Josh Earnest.