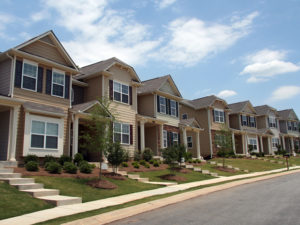 With its land use policies now under review, Ontario has a once-in-a-decade opportunity to set population density and development targets that support regional mass transit development, the Pembina Institute’s Ontario Director Cherise Burda argues in a recent blog post.

“The investments being made in rapid transit across the [Greater Toronto Area] and in Hamilton are good news. But if we’re going to avoid bad news stories down the road—be they underused transit lines, inadequate fare revenues, or a lack of affordable options for homebuyers—new transit and increased density must go hand-in-hand,” Burda writes.

The GTA already has a problem with low densities, measured in the numbers of residents and jobs per hectare, in proximity to existing subway, light rail, bus rapid transit, and commuter rail stations. The projections for future transit lines are even more worrying. It’s an important measure, because “density plays a key role in driving ridership: the more people there are close to a station, the more of them will use the service.”

Burda cites three problems with insufficient density. It’s an inefficient use of public infrastructure dollars. It creates a financial drag on the rest of the transit system. And it “squanders the opportunity to build thousands of homes and businesses with access to rapid transit,” at a time when “homebuyers are finding it increasingly difficult to purchase homes where they want to live.”

With the province investing $16 billion in its Moving Ontario Forward transit plan, “getting a healthy return on these investments depends on having the right density around them,” Burda writes.