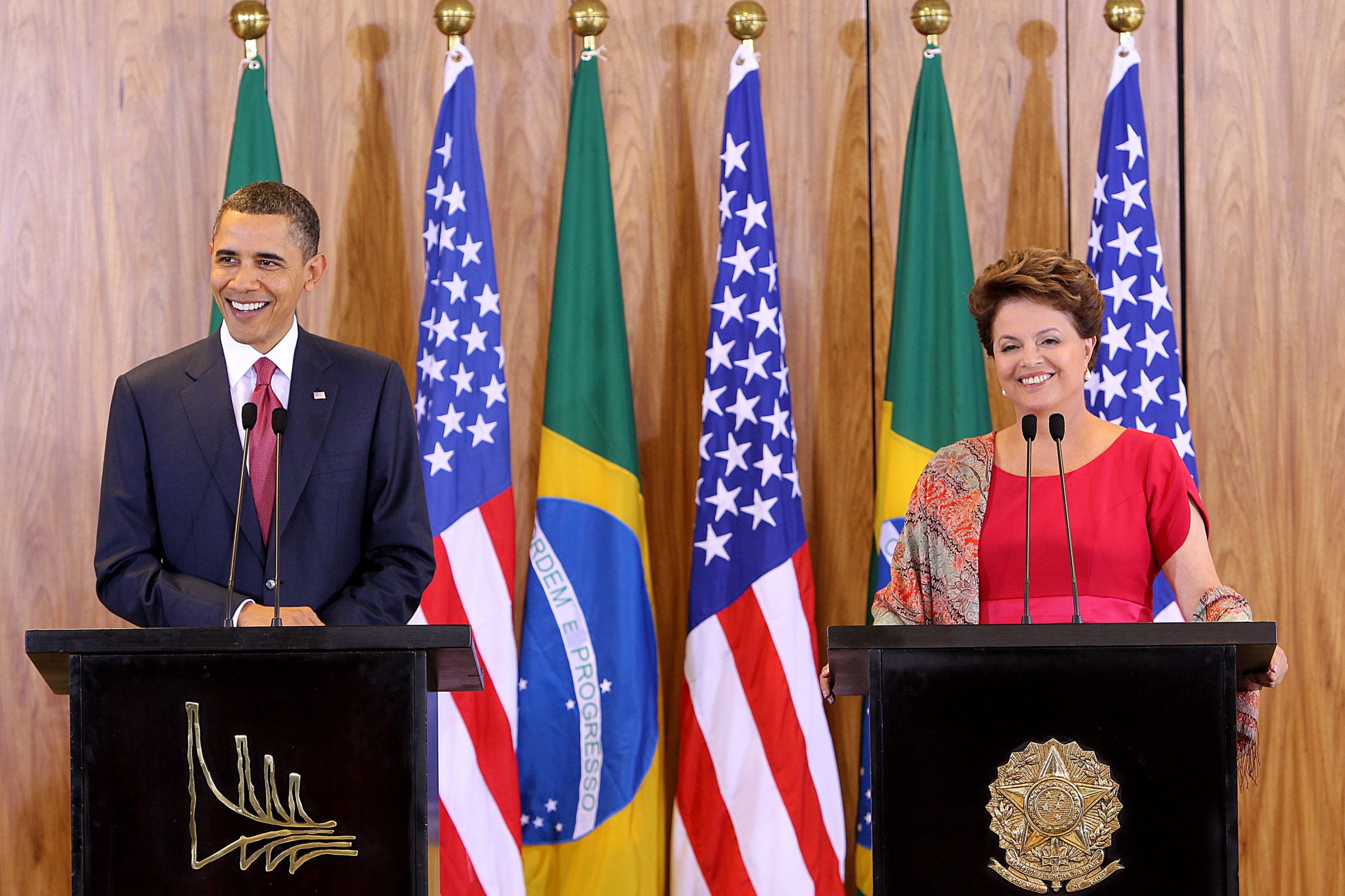 “This is a big deal,” said senior Obama energy advisor Brian Deese. “It’s one that’s actually achievable in a way that will create new, low-cost opportunities for the American economy.”

Rousseff promised to fight for an “ambitious” agreement at the UN climate conference in Paris, acknowledging that “the environmental agenda is absolutely key and essential for our two countries.”

Brazil’s 20% target excludes hydropower, an energy source that has been “especially contentious” in Brazil because of the “large and valuable ecosystems” that have been flooded for reservoirs, ThinkProgress reports.

“The Belo Monte dam, currently under construction, will flood 1,500 square kilometers of rainforest—an area larger than New York City—and displace 40,000 indigenous people,” Phillips writes. “Federal prosecutors recently determined the those constructing the dam, which would be the world’s third-largest hydroelectric energy producer, had violated agreed-to terms regarding the relocation of locals.”

Brazil reduced its greenhouse gas emissions 41% between 2005 and 2012, mainly by curbing deforestation. But now, “this focus on renewables is especially important,” NRDC Latin America Project Director Amanda Maxwell told ThinkProgress. “Emissions from Brazil’s energy sector have been rising due to increased use of fossil fuels, and the planned large hydropower projects have been so controversial.”