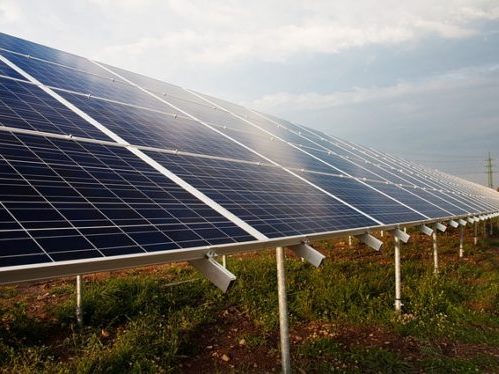 The project had been under construction since January 2013, and uses about 1.7 million monocrystalline silicon modules produced by SunPower Corporation.

“Although we may not see too many more solar projects of this size, the utility-scale solar business is alive and well,” Greentech reports. GTM Research’s U.S. Solar Market Insight report identifies 25 developers with project pipelines of 100 MW or more and anticipates “a flurry of activity in the utility segment over the next 18 months, ahead of the scheduled decline of the federal Investment Tax Credit,” Wesoff writes.

GTM Research Senior Solar Analyst Cora Honeyman describes Solar Star as “another proof of concept that mega-scale solar farms can be achieved ahead of schedule.” But the project is also “a ghost of U.S. solar’s past,” she adds, “part of a waning breed of facilities procured to meet RPS [Renewable Portfolio Standard] obligations rather than being based on cost-competitiveness.”