‘Twice the Sunshine, Half the Cost Means Four Times the Efficiency’ 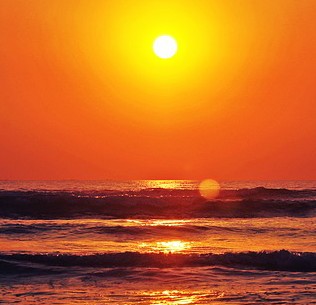 “Softbank CEO Masayoshi Son had the quote of the day in a 12-word summation that reveals the no-nonsense rationale behind why a Japanese company sees so much opportunity in India relative to Japan,” IEEFA reports: “Twice the sunshine, half the cost, that means four times the efficiency.”

India recently boosted its solar development target to 100 GW by 2022, so “Softbank is not putting money into a vacuum,” Buckley writes. “The Softbank/Bharti/Foxconn stake is good for a full 10% of that solar goal, and it is significant for more than just its size.” The announcement doubles the capacity pledges already on the table and “provides just the sort of foreign capital and private-sector endorsement that will help the Modi government hit its mark.”

India is also working with the German development bank KfW, the Asian Development Bank, and the World Bank to secure international financing for its solar boom.