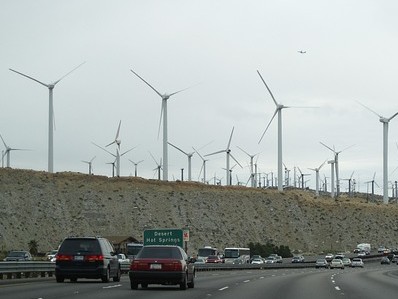 “If the EIA has a lag in their assumptions, that might get perpetuated into other work,” said lead author Ryan Katofsky, AEE’s director of industry analysis. Exactly that kind of lag found its way into the renewable energy projections in the Environmental Protection Agency’s Clean Power Plan, according to AEE, the Union of Concerned Scientists, and Lawrence Berkeley National Laboratory, InsideClimate News reports.

“Wind generating capacity, for example, has increased on average by about 6.5 gigawatts each of the past eight years,” ICN reports. “But the EIA has projected that only 6.5 gigawatts would be added between 2017 and 2030. Similarly, forecasts from industry groups that take projects in the pipeline into account show solar energy generation doubling by 2016 as solar costs plummet, while the EIA projects the doubling will take 10 more years.”

AEE’s members include some of the United States’ largest clean energy producers, including General Electric, SolarCity, and SunPower.

ICN notes that the EIA’s figures may also be stoking fears about the cost of CPP compliance. “In their comments to the EPA on the Clean Power Plan, several states—including Kentucky and Wyoming—and utilities said that shifting away from coal to natural gas and developing renewable energy and energy efficiency programs would be expensive and a burden on the public,” Sadasivam writes.

“But according to the report, the costs of solar are already about half of what the EIA estimates, and as renewable energy continues to capture a larger share of the market, states will be able to comply with the Clean Power Plan at a low cost.”