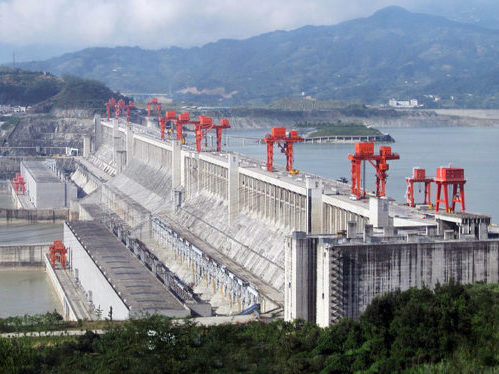 The US$59-billion Three Gorges Dam, the world’s largest hydroelectric project, is an engineering feat and a point of Chinese national pride that could also be causing a string of natural disasters.

“Chinese scientists and other experts have long warned that the 600-kilometre-deep reservoir created by the dam increases pressure on the surrounding land, in a region already prone to landslides and earthquakes,” Quartz reported last week. “After a series of landslides throughout the 2000s, China’s ministry of land resources finally admitted in 2012 that there had been ‘70% more landslides and bank collapses in the area than had been predicted.’”

“Officials said then they would not be able to prevent geological accidents caused by the dam over the next three to five years and that 100,000 residents, in addition to the 1.3 million that were initially moved, would have to be relocated,” Kuo writes. Last year, a landslide swept away one of the Three Gorges power stations.

Hydro accounts for about 20% of China’s electrical generation, and the country plans to build another 120 gigawatts of capacity by 2020. (h/t to InsideClimate News for pointing us to this story)