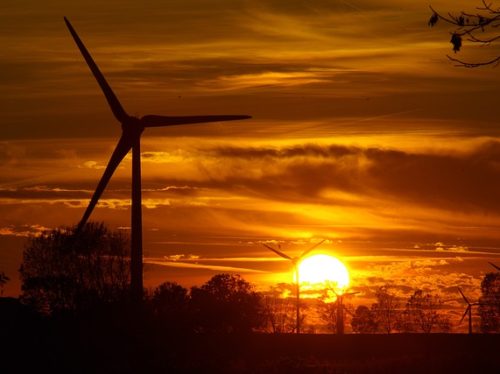 Global carbon emissions held steady in 2014 despite a 1.5% increase in energy consumption, thanks mainly to growing use of renewable energy and improved energy efficiency.

“A total of 135 gigawatts (GW) of renewable capacity was added in 2014, bringing the running total of worldwide installed capacity to 1,712 GW,” reports Renewable Energy World. “This figure represents an 8.5% increase over 2013 and is more than twice the capacity that existed 10 years ago.”

China, the United States, Japan, the United Kingdom, and Germany were the world’s biggest renewable energy investors, while Burundi logged the highest investment per unit of gross domestic product. Global investment in renewable energy, including small but not large hydro, grew 17%, to US$270.2 billion, compared to $45 billion in 2004.

REN21 Executive Secretary Christine Lins noted that countries could “strengthen the development and use of energy efficiency and renewable energy technologies” by eliminating fossil fuel and nuclear subsidies, making it “evident that renewables are the cheapest energy option.”

Canadian Press notes that REN21 captures strong growth in clean electricity generation, not so much in transportation or space heating and cooling.

“In heating and cooling of buildings and industry, which accounts for about half of global energy consumption, there was little change from the year before, with renewables representing about 8%, mostly biomass,” the agency reports. “In the transport sector, dominated by oil-based fuels, the impact of renewables remained small despite growth in biofuels. In road transport their share was only 3.5% in 2014, up from 2% in 2007.”