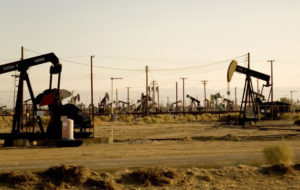 Although it has been hailed by climate scientists and activists around the world, Bloomberg reports the pope’s encyclical on climate change “will find skepticism even among the faithful” in communities like Charleston, West Virginia, where coal has been king for centuries.

“He’s going to be accused of being a radical, and a socialist,” said Monseigneur Edward Sadie of Charleston, who has been preaching for weeks about how climate change hurts the vulnerable. “But I don’t know anybody that has the opportunity to speak to so many people as does Pope Francis.”

He added that “I have many Catholics who make their living off of coal, and have been very successful making money off of coal.” But “I’m sure the Holy Father will remind us that God has created the world and gave us the use of it, not just for ourselves but for future generations…My role is to help people understand the importance of the issue and some of the details of the issue and what impact it has on people other than themselves.”

“There will be pushback, absolutely,” said Robert Gorman, executive director of Catholic charities in a Louisiana diocese that depends heavily on the oil and gas industry. On the other hand, “I can guarantee you, everyone knows that we have relative sea level rise,” he told Bloomberg. “You can see it in our front yards.”