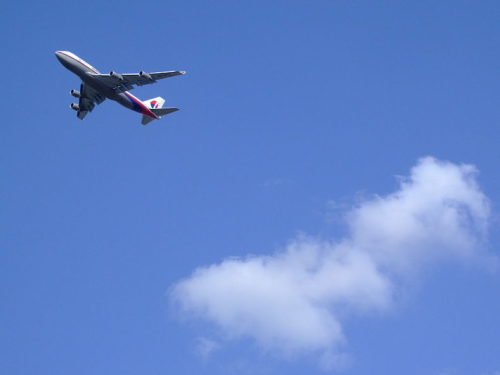 The U.S. Environmental Protection Agency is poised to issue a finding that carbon pollution from air travel is a danger to human health, the first step in regulating the country’s biggest unregulated source of greenhouse gas emissions.

The draft finding went to the White House for review earlier this year, and was expected to be released in May.

The announcement was expected late last week, and “once the EPA releases the endangerment finding, the agency will be required under the Clean Air Act to issue new rules to restrict those emissions,” Mother Jones reports. It’s the same mechanism the Obama Administration has used to regulate emissions from vehicles and power plants.

Domestic flights account for 2.6% of U.S. greenhouse gas output, at 148.7 megatons, making aviation the country’s eight-largest source of emissions. Commercial aviation, excluding military and private flights, represents 6.4% of travel-related emissions. “Per mile, per passenger, it’s by far the most greenhouse-gas-intensive mode of transportation,” McDonnell explains. “But because Americans drive so much more often than they fly, it’s still a relatively small slice of the overall pie.”

Although U.S. airlines have been stalling out on fuel efficiency, according to the non-profit International Council on Clean Transportation, a University of Michigan study earlier this year concluded that ground transportation can be even more energy-intensive, depending largely on the number of people in the vehicle.