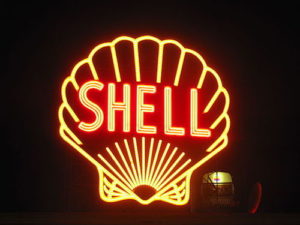 “They do not believe the world will be wise enough to follow policies that can hold the world to 2ºC and are asking us to bet against the world…telling us that we won’t do what we’ve set out to do,” Stern told a debate hosted by The Guardian. “We must try to build pressure to try to make that 2ºC assumption correct and the forecast of the energy companies wrong.”

“They are completely missing what is happening in their industries, which is that the alternatives to hydrocarbon-based energy are becoming extremely competitive,” responded David Blood, co-founder of Al Gore’s Generation Investment Management, speaking at the Guardian event.

“For them to say that for the next 20 to 30 years we do not believe wind, solar, and energy efficiency will be sufficient to displace hydrocarbons is a really very silly thing to be saying given all the technological advances we have witnessed in the last 10-20 years.”

Shell CEO Ben van Beurden had previously said his company would continue exploring for new oil and gas reserves “and did not believe its assets were overvalued or unusable as a result of current or reasonably foreseeable future legislation concerning carbon,” The Guardian reports. “He also said renewables would become important for Shell post-2050.” Earlier this year, van Beurden told fossil executives they must be “more assertive” in debates over energy futures.