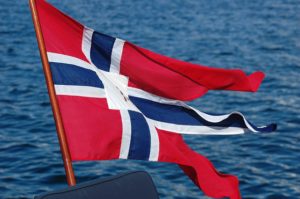 Although Norway’s US$900-billion sovereign wealth fund will have to divest its coal assets under a law now going through the country’s parliament, a report by three environmental groups accuses the fund of “pretend divestment” for its management decisions to date.

“Instead of reducing its overall exposure to businesses based on coal, the Norwegian Government Pension Fund (GPF) increased its holdings by three billion Norwegian kroner to NOK 85.8 billion (US$11billion/£7.3 billion) by the end of last year,” The Guardian reports, citing financial analysis by Urgewald in Germany, Framtiden/Future in our hands in Norway, and Greenpeace Norway.

“When we analyzed the GPF’s 2014 holdings list (published in March 2015), we found it had, indeed, divested from 51 coal companies in 2014,” the groups wrote. But the total value of its coal holdings still grew.

“This shows the shortcomings of reports that focus only on divestment actions, but do not mention where funds have been reinvested. They serve to create the illusion that the Pension Fund’s coal portfolio has shrunken, while resources have, in fact, only been shifted from one coal company to the next.”

For example, the three ENGOs found that GPF withdrew NOK840 million from 13 coal companies in India but reinvested 44% of that amount, or NOK366 million, in The Reliance Group, which describes itself as the country’s largest private sector enterprise.

“Reliance Power is one of the biggest developers of coal-fired power plants in South Asia and is therefore on the exclusion list of KLP, Norway’s largest private pension fund,” the report states. “Reliance has around 12,000 MW of new coal-fired power capacity under construction and is also developing India’s largest coal block, with reserves of over one billion tons.”

Goldenberg reports that a Norwegian parliamentary committee urged the pension fund to drop its coal investments for financial reasons. “Global coal stocks have plunged more than 70% in value over the past five years, according to the Institute for Energy Economics and Financial Analysis (IEEFA),” she writes. But the ENGOs’ report showed the fund had shares in firms responsible for 23% of global coal production.