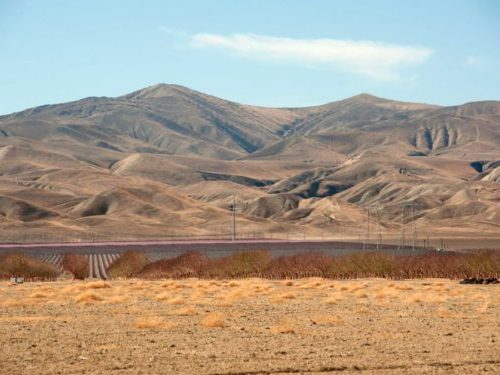 Farmers in Sacramento-San Joaquin River Delta will voluntarily give up one-quarter of their water allocation, either by reducing water intensity or leaving some of their land unplanted, in exchange for a promise from California officials not to impose further restrictions this year.

“We’re not the ogres we’ve been portrayed to be,” said Dennis Gardemeyer, a delta farmer who helped negotiate the deal, adding that water conservation is a long-standing practice in the area.

“We’re doing everything we can to provide water for the rest of the state that’s in dire need.”

The Times reports that the 25% cut, affecting about 10% of California’s farmland, “was a pre-emptive effort to limit potentially steeper cuts. Under the agreement, farmers who want to take part will have until June 1 to submit a plan to the state for how they intend to achieve the cutbacks.”

Although the deal is limited to farmers who own land next to a river or stream and have historical rights to divert the flow, officials hope it will create momentum for the rest of the industry, which consumes about 80% of California’s water in normal times.

“This is a breakthrough in what has long been a rhetorical battle,” said State Water Resources Control Board Chair Felicia Marcus. “It’s a significant turning point to have people say, ‘We know this is complicated. We want to do something early in good faith that is a pragmatic solution for everyone.’”

The Times notes that the average American consumes more than 300 gallons of California water per week by eating food that was grown there. Earlier in the month, Tim Brown, CEO of bottling giant Nestlé Waters, said his company had no intention of reducing its draw on the state’s declining aquifer, and would extract more water if it could. He admitted the company currently wastes about 30% of the 700 million gallons it takes out California each year.