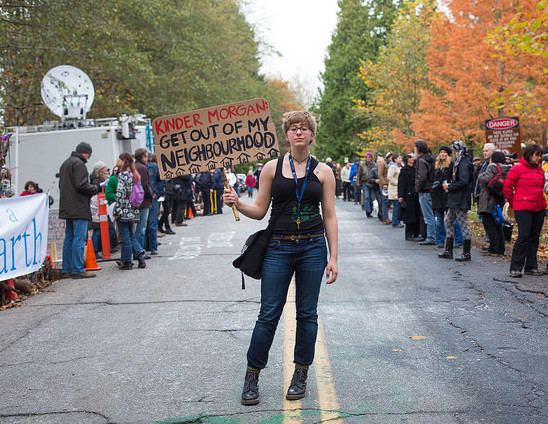 Burnaby, B.C. Mayor Derek Corrigan is prepared to be arrested in protests against Kinder Morgan’s Trans Mountain pipeline expansion, even if it means the end of his political career.

“If we go to court, we’re going to go to court with clean hands and ensure we’ve done everything humanly possible before I stand with you and probably 10,000 other people and get arrested to stop this (pipeline),” he told a packed hall at a local elementary school. “That’s a hard thing to promise for a lawyer and a mayor. It will probably be the end of my career. But if I end my career on that note, it will be something that I’m very proud of, that I stood my ground.”

The Metro Vancouver board has voted against the project, Corrigan noted. Robyn Allan, former CEO of the Insurance Corporation of B.C., has withdrawn from the National Energy Board’s review of the proposal, saying she can no longer “endorse a process that is not working.” Ex-BC Hydro and Manitoba Hydro Chief Executive Marc Eliesen stepped away from the process and declared it “fraudulent” late last year.

“I didn’t go to Burnaby Mountain to show contempt for the courts, the RCMP, or oil and gas workers,” J.B. MacKinnon wrote for the Vancouver Observer in November. “I went because the governments of Stephen Harper and Christy Clark have shown bottomless contempt for that majority of Canadians who want to see, and have a voice in, a credible plan to address the most urgent issue of our times: climate change.”

“I’m going to turn around and walk up this hill and be the best citizen I can be,” said Simon Fraser University biochemist Lynn Quarmby.