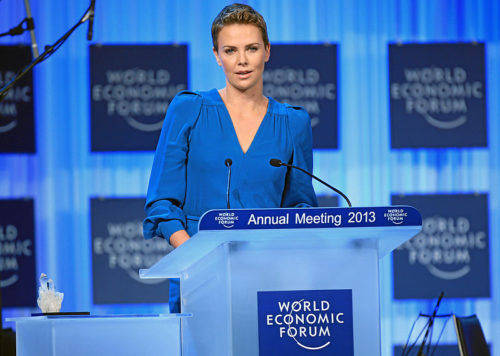 Actor Charlize Theron, fresh from her lead performance as Imperator Furiosa in the latest Mad Max film, is warning that humanity faces a bleak future if climate change is not addressed.

“It felt very grounded in real events,” Theron told media last week. “The idea of globalization and global warming and drought and the value of water, and leadership becoming completely out of hand.”

When Theron first watched a sandstorm scene from the post-apocalyptic film, set 45 years from now in a world that is desperately short of water and fuel, “she wondered if it was a little far-fetched,” The Guardian reports. “But there are images on Google right now of Sahara desert sand being blown, in that state, all through Africa. And that’s frightening. The hair lifted up on the back of my neck. What makes [the film] even scarier is that it is something that is not far off if we don’t pull it together.”