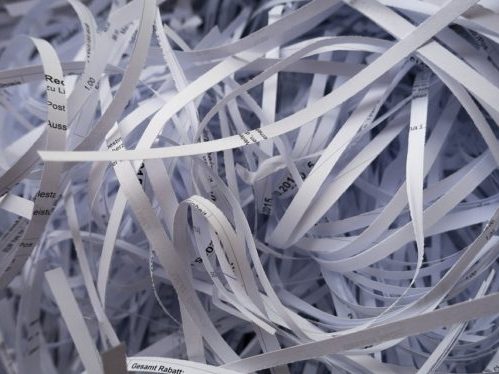 Alberta Premier-Designate Rachel Notley has ordered all provincial government departments to stop shredding documents, after a whistle-blower claimed files were being improperly destroyed by the Department of Environment and Sustainable Resource Development.

Notley’s statement “was issued hours after Alberta’s Information and Privacy Commissioner and the province’s Public Interest Commissioner held an unprecedented news conference to announce they have launched a joint investigation,” according to CBC.

Information and Privacy Commissioner Jill Clayton “was asked whether she was surprised by the bags of shredded documents seen in the legislature hallways in recent days, or whether that was normal procedure during a change of government,” the network reports. “I’m not sure Alberta has been in this situation before,” Clayton replied. “We’ve never had a transition period,” agreed Public Interest Commissioner Peter Hourihan.

Clayton and Hourihan called their joint news conference after Hourihan’s office received the anonymous tip May 12. “The investigation is focused on Environment and Sustainable Resource Development,” Clayton said, “but certainly the investigation could be expanded to include other government departments as information becomes available.”