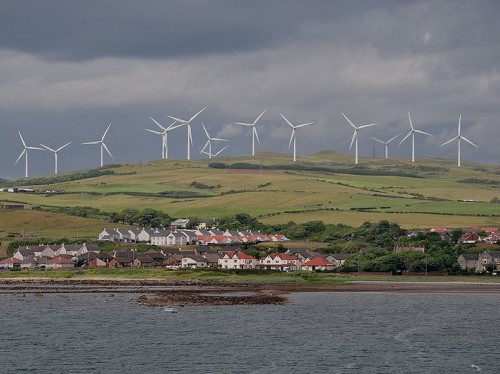 “Andrea Leadsom, who has campaigned against ‘intrusive wind farms’ in South Northamptonshire constituency in central England, will report to Amber Rudd, who was named as the Cabinet minister in charge of energy,” Bloomberg reports. The move is seen as “reinforcing [Cameron’s] Conservative government’s effort to halt the spread of turbines in rural areas.”

While Rudd’s promotion to lead the UK Department of Energy and Climate Change “reassured the renewable energy industry about the continuity of government policy to cut carbon emissions,” Morales writes, “Leadsom’s elevation is a reminder of the manifesto promise Cameron’s party made to halt subsidies to wind developments on land.”

Before the vote, Ecotricity Group CEO and Labour Party donor CEO Dale Vince described the Conservatives as “an existential threat to the renewable energy industry.”