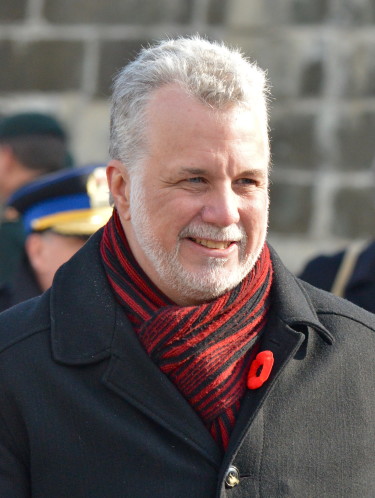 Climate action was one of the central themes Monday morning when Philippe Couillard became the first Quebec premier to address the Ontario legislature in 51 years.

“We live today in an era that forces us to resist a false choice between economic development and environmental protection,” Couillard told Ontario legislators. “This fight against climate change is a challenge, but it is also an opportunity to develop a 21st-century economy.”

He added that the “cost of inaction is even greater” than the price of climate action.

Couillard and Ontario Premier Kathleen Wynne “are as chummy as any premiers of their respective provinces have been for decades,” the Globe and Mail reports. “In their strongest show of mutual support, Wynne last month signed a deal for Ontario to join Quebec’s cap-and-trade system. The move will create a carbon market covering more than half of Canada’s population.”

After the speech, Toronto Star columnist Martin Regg Conn speculated that there may soon be “an even broader pan-Canadian realignment” on climate and energy. “In Alberta, newly-elected NDP premier-designate Rachel Notley may open up even greater potential for coordinated action that never seemed possible under that province’s just-defeated PC dynasty,” he writes.

“Alberta has long been a laggard on climate change, imposing almost meaningless targets on carbon emissions.” But “can we imagine Alberta no longer as an environmental free-rider but a national leader?”