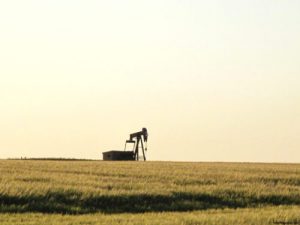 Hyperbole was in the air last week, as portfolio managers and analysts urged their clients to dump their Alberta oil and gas stocks after Rachel Notley’s New Democrats formed a majority government.

“To Alberta’s job creators, great and small—in the energy sector and in every sector—our government will be a good partner with you to grow our economy and to secure a more prosperous future for every Albertan in every community,” Notley said in her victory speech May 5.

“Together, we need to start down the road to a diversified and resilient economy, to end the boom and bust roller coaster ride we’ve been on for far too long. It won’t happen overnight. But we must start, and we will.”

But none of that stopped Toronto-based fund manager Eric Nuttall from telling Bloomberg Business that “oil sands to me is public enemy No. 1 in the new premier-elect’s mind,” adding that “the investment thesis in all of those stocks evaporated overnight.”’

“An index of Canadian energy companies plunged the most in three months after the win,” Bloomberg reports. “Canadian Oil Sands Ltd. is among the most exposed to a potential hike in royalties and stricter environmental policies, while electricity supplier TransAlta Corp. would suffer from the new government’s vow to shut coal plants sooner than planned.”

On the Business News Network, commentator Kevin O’Leary described Alberta as “a Petri dish,” declaring that the province “has fallen off the cliff into a socialist bog,” PressProgress reports. But “several prominent corporate leaders (and major Progressive Conservative donors) who, before the vote, told voters to ‘think straight’ in the face of a surging NDP, are now saying they’re prepared to ‘work together’ with the new government.”

“Democracy has spoken and it is always right, and it’s time to move ahead,” Doug Goss told the Edmonton Journal. “When called upon, we all have to offer the best advice we can to the new government.”